Fallout continues after ‘I don’t like black people’ comments 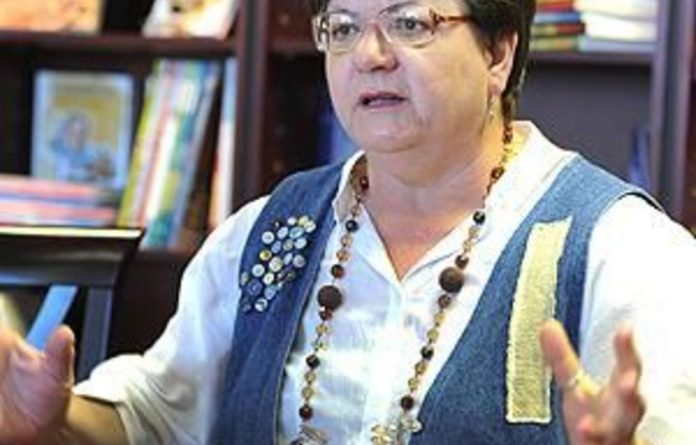 Award-winning Afrikaans author Annelie Botes, who caused a storm by publicly declaring that she feared black people, has complained that the Mail & Guardian deliberately put her in a bad light and emphasised the negative in her comments.

In an interview with Rapport Botes was asked to name the people she didn’t like. She paused for a few seconds and answered: “Black people.”

She said that crime was the reason she was so afraid, and that she didn’t understand black people. She also added that it wasn’t her job to be politically correct.

Blogs, columns and hundreds of readers’ reactions have either supported or condemned Botes following journalist Yolandi Groenewald’s interview with her in last week’s M&G.

“Please forgive my Karoo English,” she wrote on M&G Online. “The journalist of this article chose to emphasise the negative. Therefore, she picked only negative comments from Rapport‘s website [which reported Botes’s original comments about fearing black people].

“I begged her not to give a hateful head[line]; she ignored my request. Although she had insight into the Rapport article she published only the negative parts,” wrote Botes.

In an email Botes sent to Groenewald she wrote that she was disappointed that Groenewald deliberately put her in a bad light. Botes wrote she was “terribly sorry” that she agreed to the interview.

In “Annelie Botes’s ugly racism”, a column on the Guardian website, South African writer Zukiswa Wanner said that when she first read Botes’s statements, “I seriously thought of buying her a copy of Kevin Bloom’s Ways of Staying. But after much thought, I have decided I am not going to.

“I want her and all people who walk around with the cancer that is racism, whether they are black or white, to leave this country so the rest of us who love South Africa and want to make the best of it can get on with the job.”

Racism may not be illegal, but it is wrong
Constitutional law expert Pierre de Vos weighed in on the issue with a blog post entitled “On the Legalisation of Public Debate” on his website, Constitutionally Speaking.

He said that it is not illegal to make comments about not liking a certain group of people. “There is no general law in South Africa prohibiting anyone from exposing themselves as a blatant racist. Unless a statement amounts to hate speech, it is legally permissible to say racist things.”

He added, however, this does not make her statements acceptable or right. “Pointing this out is — being principled and displays a willingness to engage in substantive debate about important issues of the day, something that is required from all citizens to allow a democracy to thrive,” he wrote.

Frans Cronje, the deputy chief executive of the South African Institute of Race Relations, cautioned against treating Botes’s statements as a barometer for society’s racial attitudes.

“There’s always a temptation to take an incident like this and measure our society against it, but think back to the 1986 state of emergency, when we had white conscripts patrolling the townships. Then, 24 years later, the last leader of the National Party becomes the tourism minister in the African National Congress government.

“We will have these incidents, but it’s important not to lose focus,” he said.

Given the historical context, Cronje said, race relations in South Africa are actually “quite good”.

“This idea that we will completely eradicate racism is ridiculous. No society has done that. Prejudice is part of the human psyche.”

Awards board unimpressed
Botes won the Afrikaans category of the South African Literary Awards (Sala). One of the Sala judges, who asked not to be named, described her remarks as “unfortunate and contradicting the values of nation-building and social cohesion which are fundamental to the awards”.

The judge told the M&G last week that the Sala board would meet to discuss the matter and that it did not take the case lightly.