China says some at climate talks want to kill Kyoto 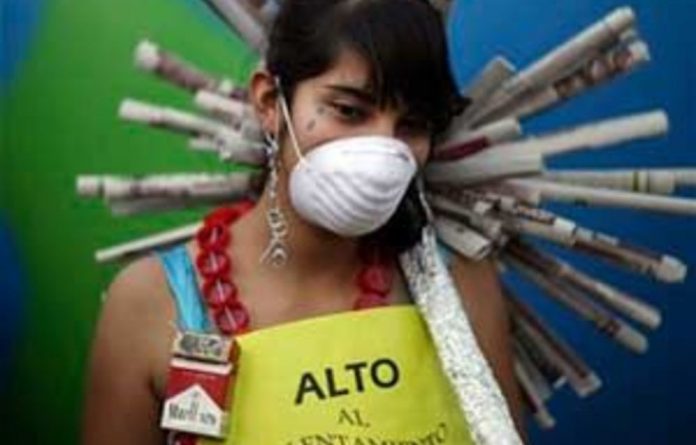 China accused some developed nations on Friday at United Nations climate talks of seeking to kill the Kyoto Protocol pact to curb global warming, in a damaging standoff with Japan, Russia and Canada.

Venezuela and Bolivia also branded some rich countries “unacceptable” for distancing themselves from the Kyoto accord, stepping up sparring before ministers arrive for next week’s climax of the November 29 — December 10 talks in the Mexican beach resort of Cancun.

Developing countries favor an extension of the 1997 protocol, which obliges only developed nations to cut greenhouse gas emissions until 2012, while many rich nations prefer a new agreement that includes emerging economies led by China.

Some countries “even want to kill the Kyoto Protocol, to end the Kyoto Protocol,” Huang Huikang, a special representative for climate change negotiations at China’s Foreign Ministry, told reporters. “This is a very worrying movement.”

The future of the 1997 Kyoto pact was the main hurdle at the 194-nation talks that are seeking to agree a modest package of measures to slow global warming, said Huang.

Ambitions are low after the 2009 Copenhagen summit failed to agree on a binding UN treaty.

The UN climate chief said Kyoto backers and opponents were poles apart and called for compromise on a deal to help slow what the UN panel of climate experts says will be more floods, droughts, desertification and rising ocean levels.

“It is of course a position that is 180 degrees opposite,” said Christiana Figueres, executive secretary of the UN climate body, naming reluctant Kyoto members Canada, Russia and Japan in contrast to Venezuela and Bolivia.

“I don’t think that it will be possible to guarantee a second commitment period here in Cancun. I know for sure that Cancun cannot obliterate the possibility,” she said.

A Japanese negotiator, Akira Yamada, sitting beside Huang at a news conference, said, “Kyoto killing is a kind of propaganda wording. Japan does not want to kill Kyoto.”

A text drafted by experts on Friday, obtained by Reuters, outlined two options for breaking the Kyoto deadlock.

One option specifically mentions future cuts as part of Kyoto. The other urges deeper emissions reductions by the rich and the launch of a vague “process … without prejudice to final form and outcome or relationship to Kyoto Protocol”.

‘In the balance’
The Kyoto impasse stalled progress on a deal to save tropical forests, said Figueres, and it was unclear whether the Cancun talks would be able to launch a fund to channel aid to poor nations.

Cancun is a test of whether the UN talks can advance when many nations are struggling with anemic growth and disputes ranging from trade to currencies. Failure would be a blow to the UN as the main forum for designing a world economic model less dependent on fossil fuels.

The head of the US delegation, Todd Stern, said the Cancun outcome “hung in the balance”.

“It may be that the Kyoto problems tie this whole conference up but I’m very hopeful that doesn’t happen.”

He said that instead of a legally binding deal, the world may have to focus on achievable targets including progress on climate aid, forests and putting into action nonbinding emissions pledges countries made last year in Copenhagen.

Kyoto binds almost 40 developed nations to cut their greenhouse gas emissions by an average 5,2% below 1990 levels by 2008 to 2012, and commits parties to an extension. The US never ratified the protocol.

Carbon emissions trading markets want assurances of policies beyond 2012 to guide investments. The International Energy Agency says $18-trillion needs to be spent by 2030 to ensure a shift from fossil fuels toward cleaner energies. — Reuters