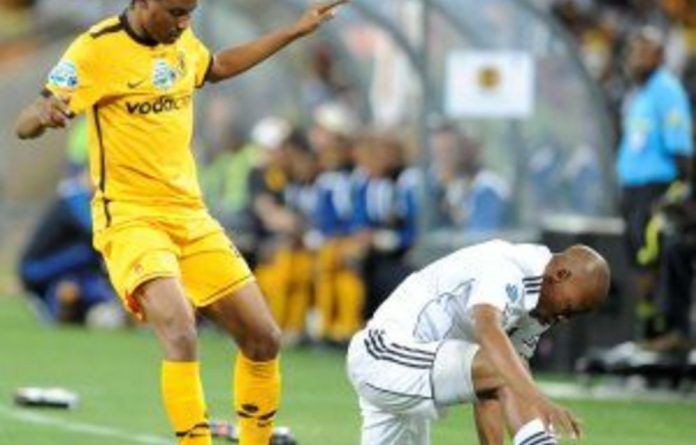 Amakhosi’s other goal came from a cracker from Siphiwe Tshabalala to lead Chiefs to a league and cup double over their Soweto rivals.

Pirates once again suffered from nerves and stage fright and were never in the contest. They were outplayed in every department much more convincingly than the 3-1 defeat they suffered at the hands of Amakhosi in last month’s league clash played at the same venue.

Chiefs took a firm grip on the match from the opening whistle and never let go. Chiefs were simply in a class of their own playing as a team against a side that played like schoolboys.

Chiefs, in collecting their first trophy of the season, went home richer by R4,25-million. But beating Pirates in a major cup final is worth more to the players and their fans that all the millions of rands on offer.

It was Chiefs’ 13th win in this competition since it was launched in 1992 — a record that is set stand for ever.

Pirates, who collected R1,75-million, have played in the final six times and lost every time, but this was their most humiliating defeat.

Lekgwathi ditched for Cloete
Once again there was traffic congestion outside the stadium with fans struggling to get into the ground from about 6.30pm onwards. Thousands were still outside when the match kicked off at 8.15pm.

The crowd eventually rose to 71 342 paid attendance but there were closer to 90 000 inside by the time the second half kicked off.

Lekgwathi had a nightmare when Amakhosi thumped Bucs 3-1 at the same venue in a league clash played at the same venue last month. Lekgwathi was blamed for the first two goals scored by Chiefs in the first half of the league defeat. Krol decided to drop his captain to the bench and gave goalkeeper Moeneeb Josephs the captain’s armband.

Pirates still looked shaky and shell-shocked. Bucs were lucky not to be 1-0 down after less than two minutes when the unsettled defence failed to clear a loose ball but Chiefs Josta Dladla failed to punish Pirates when he shot wide from close range with the goal at his mercy.

But there are no second chances in a cup final and Chiefs were 1-0 ahead on 11 minutes after a dreadful goalkeeping howler from Josephs. The Bucs’ keeper failed to deal with Knowledge Musona’s shot and from the loose ball Ngcobo blasted into an empty net.

No light at the end of the tunnel
Pirates went from bad to worse as the first half progressed and Amakhosi players started taking the mickey by tormenting Pirates. Even Chiefs skipper, the ever reliable right back Jimmy Tau got into the act on the overlap and teased the over worked Pirates defenders.

Pirates were lucky they were only 1-0 down at the interval after a half in which Chiefs dominated and Pirates looked rocky in defence — clueless in midfield and attack.

Striker Thulasizwe Mbuyane fired wide of the Chiefs goal in the 32nd minute in a rare attack.

But Amakhosi keeper Itumeleng Khune did brilliantly to fist a stunning header from Happy Jele over his crossbar in the 38th minute as Bucs battled to stay in the game.

It should have been 2-0 two minutes later when Musona scraped the upright when he connected a telling cross form Ngcobo with Josephs beaten.

Josephs did well to turn a stinging shot from Tshabalala for a corner five minutes after the restart after the Bucs defence failed to deal with a deep cross form Tau.

But it was game over in the 64th minute when Man of the Match Ngcobo thudded home an unstoppable header from an inch-perfect cross from left back Punch Masenamela that left Josephs floundering.

All Chiefs
Bafana Bafana Player of the Year Tshabalala put the icing on top of the cake when he beat Josephs with a stunning shot which Ngcobo had a hand in to make it 3-0 in the 72nd minute.

Pirates were at this stage not praying for a miracle because that was not going to happen, but for referee Victor Hlungwani to blow for fulltime and end their misery and embarrassment as Chiefs toyed with them.

Josephs prevented more humiliation when he blocked Tau shot in the 78th minute as Chiefs went for more glory.

It was all Chiefs until the end with their fans revelling in this piece of local soccer glory. — Sapa