Woods has victory in sight at World Challenge 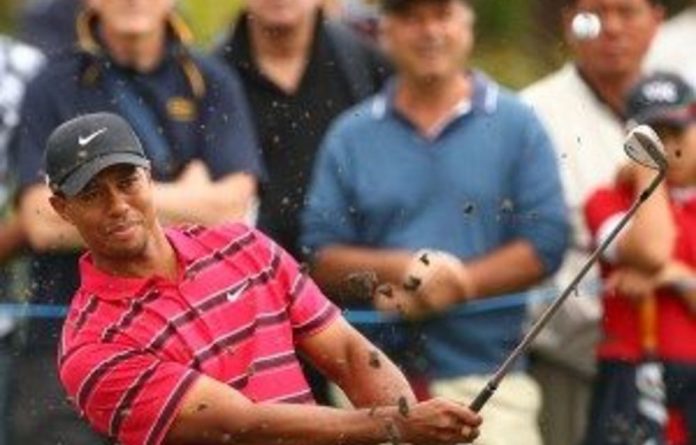 Tiger Woods capped a third-round 68 with a birdie on Saturday as he homed in on his first victory in more than a year at the World Challenge golf tournament.

Woods’ four-under effort gave him a 17-under total of 199 and maintained his four-shot lead over US Open champion Graeme McDowell.

He put an exclamation mark on his round with an approach that left him a tap-in for his sixth birdie of the day at 18.

“I’m excited about tomorrow because of the way I’m playing,” said Woods, whose last victory was at the 2009 Australian Masters.

In 2010, his stuggles on the course have mirrored the personal travails that saw his marriage end.

World rankings
Although this unofficial event that Woods hosts for the benefit of his charitable foundation wouldn’t give him a PGA Tour title, it is worth world rankings points and could provide a valuable boost as he heads into 2011.

Certainly over three days of play in rolling country west of Los Angeles, Woods has looked more like a 14-time major champion than he has all season.

“To be honest with you, I don’t look at it that way when I’m out there playing,” Woods said of the chance to end his drought with a wire-to-wire victory.

“It’s just that I’m in the moment, trying to put the golf ball on the different sides of the fairway, where I need to put it on the green. I just play.”

Woods has won the title here four times, but missed last year as a sex scandal exploded around him and missed the year before as he recovered from knee surgery.

As Woods bogeyed the second, where his approach found the creek left of the green, McDowell notched a birdie, then picked up another shot at the par-three third to narrow the deficit to one stroke.

Interesting
But Woods got things going with a birdie from a bunker at the par-five fifth, drained a 20-footer for birdie at six and made a short birdie putt at the seventh.

Woods led by five at the turn, but found it far from smooth sailing coming in.

“Today’s back nine was certainly interesting,” said Woods, noting that three holes had the potential to produce a two-shot swing.

At the 11th, Woods was on bare ground under the canopy of a tree but still reached the green in two and made a two-putt birdie that kept him four in front of McDowell, who had gained a shot at 10.

McDowell managed to save par at 13 despite hitting out of bounds, and on the next hole Woods made a key 18-footer to save par as McDowell was unable to birdie from six feet.

Although Woods has never lost a tournament when leading by three or more strokes after 54 holes, he was far from complacent.

“I’ve got 18 more holes, and it’s a process,” he said. “I know that we potentially could have some weather coming in here tomorrow, so got to be ready for that.”

While Sherwood offers birdie chances, especially with its five par-fives, it’s a course that can take away as well.

Casey, for example, got as low as 11-under before a double-bogey at the par-three eighth, and rising star Rory McIlroy of Northern Ireland ended his day with a triple-bogey at 18.

But Woods — who says he has been making steady, if painstaking, progress since August with the swing changes he is implementing with coach Sean Foley — was looking foward to the challenge.

A victory could even conceivably see Woods regain the world number one ranking, at least briefly — but only if Englishman Lee Westwood finished outside the top two in the Sun City Challenge in South Africa.

That looked unlikely as Westwood, who replaced Woods atop the rankings five weeks ago, took a five-shot lead into the final round in South Africa.