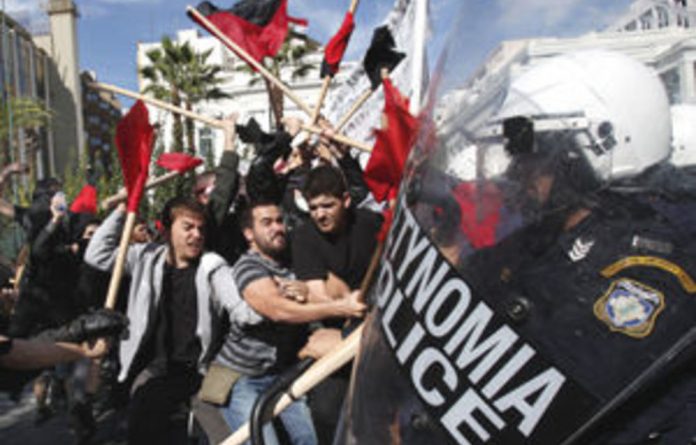 European leaders have failed to convince investors that Ireland’s €85-billion bailout package is enough to ensure the survival of the eurozone; now the question is: What can be done to restore confidence in the single currency?

Options range from printing more money to buying bonds issued by the most indebted nations or creating a united states of Europe in which the nations are not just tied together by monetary policy but by fiscal policy too.

Although a wide range of ideas are being thrown around for dis­cussion, the debate about whether any of them will work and whether the eurozone can survive rages on.

Quantitative easing (QE)
Under this scenario the European Central Bank (ECB) would step in to the market to buy up government bonds, particularly those issued by countries with troubled economies such as Greece, Ireland and Portugal.

Effectively the ECB would be printing money and, in theory, helping bring down the borrowing costs of those countries by providing demand for their bonds. In practice the ECB has been buying bonds of more indebted nations but avoiding QE, as it has been ­negating the purchases of the bonds in the money markets.

Jonathan Loynes, the chief European economist at Capital Economics, regards this idea as helpful at the “margins” but far from a long-term solution to the crisis. Andrew Lim, the head of financials research at brokers Matrix, points out that the European authorities would be reluctant adopters of such a strategy, given their long-held anxieties about fuelling inflation.

Let Ireland default
If Ireland were to be allowed to default on its debt repayments, it would answer the concerns being raised by Germany’s chancellor, Angela Merkel, who wants to force the private sector — that is, bondholders — to shoulder some of the pain when countries run into difficulty. Instead of countries being bailed out at the expense of rival European Union (EU) countries and the International Monetary Fund (IMF), the bondholders would take losses on the debt they own.

Analysts believe one of the reasons for continued anxiety about the eurozone is the uncertainty about how the 16 eurozone countries will be plastered together after 2013 when Germany has made clear it intends to ensure that bondholders “take haircuts” — losses — on their debt.

The solution announced was that this would be done on a “case by case” basis, which the market regarded as creating more uncertainty. The problem has merely been kicked into the long grass.

Make Germany pay
Jim O’Neill, the Goldman Sachs Asset Management’s chairman, is one of the proponents of this idea. He argues that the strongest nation in the eurozone should keep contributing to bailouts to hold the eurozone together. O’Neill said Germany was “not far off boom conditions” and its traditionally cautious consumers have started to spend.

“One of the most important developments in recent months is that the German consumer has started suddenly to believe in the future,” he said. “Do they want EMU [economic and monetary union] or not? That’s what it boils down to. If you want EMU, which I think they do, they’ll have to find a way of doing it.” But German politicians are reluctant to keep forcing the bills for bailouts on the electorate.

Let Greece go
Another idea to hold the eurozone together perversely involves allowing weaker nations such as Greece and Ireland to leave the single currency.
The first step towards this, according to Loynes, is tackling the problem of how to let countries default on their debt. Being expelled might then be the logical next step. “To ensure the long-term survival of the single currency you have to have a mechanism that allows countries to leave,” said Loynes.

A two-stage euro
The idea of allowing Greece and other troubled nations to leave the euro is taken one step further by Graham Turner of GFC Economics, who has argued that the solution for weak members might be for Germany to walk away from the single currency and allow Austria, Finland, the Netherlands and Germany to form a new deutschmark bloc. This would allow the other members of the eurozone to devalue and reflate their way out of the crisis.

The united states of Europe
To some market experts the only way to hold the eurozone together is to mimic the way it is done in America, where the states are united not only by a single currency but also by fiscal policy. Stephen Lewis of Monument Securities said: “There has to be political reform. There has to be a mechanism for automatically shifting resources from the stronger countries to the weak — a united states of Europe. The only problem is, no one would want to be part of it.” — Guardian News & Media 2010