Exorcising the ghosts of Copenhagen 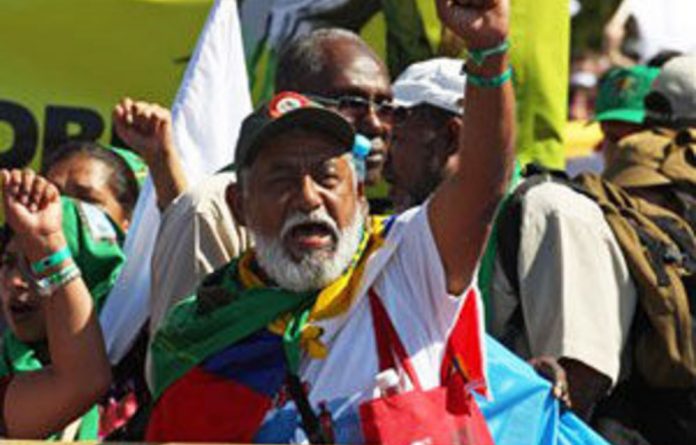 The United Nations moved to exorcise the “ghosts of Copenhagen” on Sunday, offering repeated assurances to developing countries that there would be no attempt by rich countries to impose an agreement on them at the climate talks in Cancún.

As ministers from 193 countries began flying in, Mexico’s Foreign Minister, Patricia Espinosa, the summit’s host, worked to overcome the suspicions that have threatened the talks with collapse from the outset.

“I must say there is no hidden text and no secret negotiations,” she said during an informal session of talks. “There will be no separate negotiations.”

Draft texts
The UN released draft texts incorporating many of the developing countries’ demands on Saturday, but also including an option that was ambiguous about the future of the Kyoto protocol.

The arrival of the draft texts did not, as some had feared, trigger threats of a walkout from Bolivia or other developing countries. But Colombia and others noted the precariousness of the negotiations following last year’s collapse at Copenhagen.

“The elephant in the room has been the ghost of Copenhagen,” Colombia’s envoy told the session. “We are going to lose legitimacy. How many more conferences can we have without outcomes?”

But the effort to avert a confrontation over the texts may have further reduced progress on a substantive outcome. “The texts are not ready to be used by ministers to finalise a deal,” said Connie Hedegaard, the European climate commissioner.

Even so, rich countries said they were optimistic that outline agreements could be found, and said progress had been made on their core issue — verifying emissions pledges made by rising economies such as China and India.

In many areas, however, developing countries said they had concerns over the scale of emission cuts needed and the future of the Kyoto protocol.

Environmental groups, meanwhile, warned of big gaps in the negotiating texts over a deal on preventing deforestation, which had been thought the most promising area of these negotiations.

The UK’s energy and environment secretary, Chris Huhne, delayed in London because of the bad weather, said he was optimistic about the talks.

“The mood has been cautiously positive. People are talking. The show is on the road,” he said.

“On issues such as mitigation, verification, forests, technology and adaptation, we can agree a package of measures that would send a clear signal to governments, investors and people around the world that the low-carbon transition is affordable, achievable and essential.”

‘Make-or-break issue’
But Tosi Mpanu-Mpanu, chair of the Africa group of countries, warned that developing countries wanted to see rich countries pledge emission cuts for a second period of Kyoto. “For us, the Kyoto protocol is a make-or-break issue. We need it. We call on all [rich] countries to come up with their pledges,” he said.

Developing countries, backed by environment and development groups, welcomed a new commitment to consider holding temperature rises to 1,5 degrees Celsius, which more than 100 countries have been calling for.

A Greenpeace spokesperson said: “There is no acknowledgement of the gap between the current pledges and where emissions need to be in 2020 in order to stay below two degrees Ceslius warming. Governments need to address how they will increase current emission reduction commitments.”

Tim Gore, Oxfam’s climate change policy adviser, said: “The atmosphere in Cancún is one of cautious optimism. Key questions remain unanswered, but a package that makes progress on critical issues is within reach.”

Later this week, at least 20 heads of state from developing countries are expected to arrive in Cancún. No G20 country is expected to send a leader. — guardian.co.uk