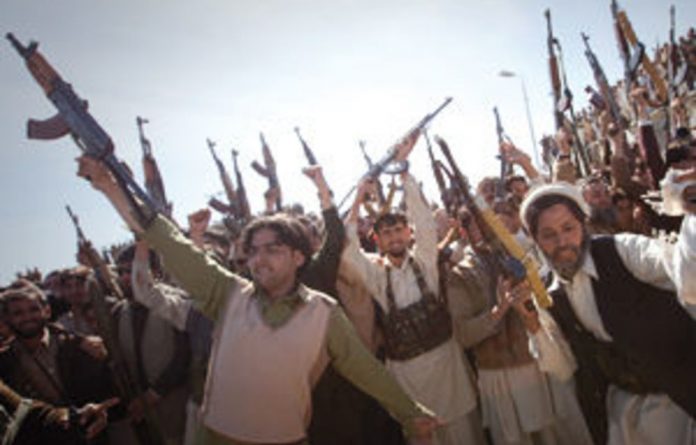 Is it justified? Should a newspaper disclose virtually all a nation’s secret diplomatic communication, illegally downloaded by one of its citizens?

The widespread reporting of a selection of 250 000 United States state department cables marks a recasting of modern diplomacy.

Clearly there is no longer such a thing as a safe electronic archive, whatever computing’s snake-oil salesmen claim. No organisation can treat digitised communication as confidential.

Anything said or done in the name of democracy is, prima facie, of public interest. When that democracy purports to be “world policeman” — an assumption that runs ghostlike through these cables — that interest is global.

Nonetheless, the Guardian had to consider two things in abetting disclosure, irrespective of what is anyway published by WikiLeaks.

It could not be party to putting the lives of individuals or sources at risk, nor reveal material that might compromise ongoing military operations or the location of special forces.

In this light, two backup checks were applied. The US government was told in advance the areas or themes covered and “representations” were invited in return. These were considered.

‘Redactions’
Details of “redactions” were then shared with the other four media recipients of the material and sent to WikiLeaks itself to establish some common standard.

The state department knew of the leak several months ago and had ample time to alert staff in sensitive locations. Its pre-emptive scaremongering over the weekend stupidly contrived to hint at material not in fact being published.

Nor is the material classified top secret, being at a level that more than three million US government employees are cleared to see, and available on the defence department’s internal Secret Internet Protocol Router Network (Siprnet).

Such dissemination of “secrets” might be thought to be reckless, suggesting a diplomatic outreach that makes the British empire seem minuscule.

The revelations do not have the startling, cold-blooded immediacy of the WikiLeaks war logs from Iraq and Afghanistan, with their astonishing insight into the minds of fighting men seemingly detached from the ethics of war. The latest disclosures are largely of analysis and high-grade gossip.

Insofar as they are sensational, it is in showing the corruption and mendacity of those in power, and the mismatch between what they claim and what they do.

No surprise
Few will be surprised to know that Russian President Vladimir Putin runs the world’s most sensational kleptocracy, that the Saudis wanted the Americans to bomb Iran, or that Pakistan’s ISI is hopelessly involved with Taliban groups of fiendish complexity.

We now know that Washington knows too. The full extent of American dealings with Yemen might upset that country’s government, but is hardly surprising.

If it is true that the Pentagon targeted refugee camps for bombing, it should be of general concern. American congressmen might also be interested in the sums of money given to certain foreign generals supposedly to pay for military equipment.

The job of the media is not to protect power from embarrassment. If American spies are breaking United Nations rules by seeking the DNA biometrics of the UN director general, he is entitled to hear of it.

British voters should know what Afghan leaders thought of British troops. American (and British) taxpayers might question, too, how most of the billions of dollars going in aid to Afghanistan simply exits the country at Kabul airport.

No harm is done by high-class chatter about President Nicolas Sarkozy’s vulgarity and lack of house-training, or about the British royal family.

Talent problem
What the American embassy in London thinks about the coalition suggests not an alliance at risk but an embassy with a talent problem.

Some stars shine through the banality such as the heroic envoy in Islamabad, Anne Patterson. She pleads that Washington’s whole policy is counterproductive: it “risks destabilising the Pakistani state, alienating both the civilian government and the military leadership, and provoking a broader governance crisis without finally achieving the goal”.

Nor is any amount of money going to bribe the Taliban to our side. Patterson’s cables are like missives from the Titanic as it heads for the bottom.

The impression is of the world’s superpower roaming helpless in a world in which nobody behaves as bidden. Iran, Russia, Pakistan, Afghanistan, Yemen, the UN, are all perpetually off script. Washington reacts like a wounded bear, its instincts imperial but its power projection unproductive.

America’s foreign policy is revealed as a slave to right-wing drift, terrified of a bomb exploding abroad or of a pro-Israeli congressman at home.

If the cables tell of the progress to war over Iran or Pakistan or Gaza or Yemen, their revelation might help debate the inanity of policies which, as Patterson says, seem to be leading in just that direction.

Perhaps we can now see how catastrophe unfolds when there is time to avert it, rather than having to await a Chilcot report on the war in Iraq after the event. If that is not in the public’s interest, I fail to see what is.

Clearly, it is for governments, not journalists, to protect public secrets. Were there some overriding national jeopardy in revealing them, greater restraint might be in order. There is no such overriding jeopardy, except from the policies themselves as revealed. Where it is doing the right thing, a great power should be robust against embarrassment.

What this saga must do is alter the basis of diplomatic reporting. If WikiLeaks can gain access to secret material by whatever means so presumably can a foreign power. Words on paper can be made secure, electronic archives not.

The leaks have blown a hole in the framework by which states guard their secrets. The Guardian material must be a breach of the Official Secrets Acts. But coupled with the penetration already allowed under freedom of information, the walls round policy formation and documentation are all but gone.

All barriers are permeable. In future the only secrets will be spoken ones. Whether that is a good thing should be a topic for public debate. — Guardian News & Media 2010