Billion-rand biogas saving for the taking 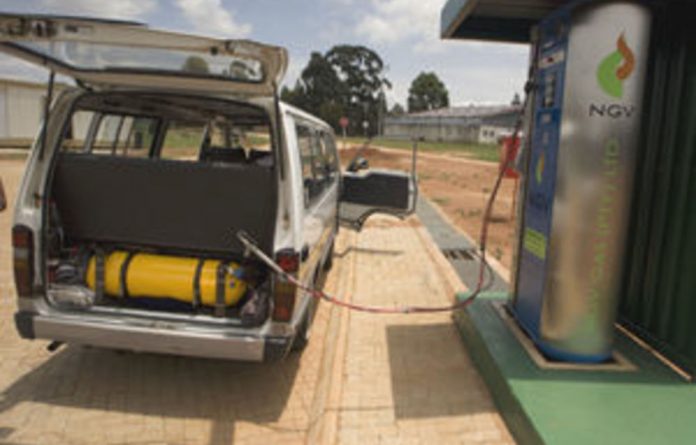 Come February next year if you live on the East Rand you will be able to run your car on biogas derived from waste.

Novo Energy, an energy and technology company, is building a dispensing station for demonstration purposes on a landfill site near OR Tambo International airport.

Novo will offer motorists a free conversion so that their cars can run on biogas. It estimates fuel savings of between 15% and 25%. Using gas to power vehicles is not new but this is understood to be a first for South Africa, although it’s on a small scale.

“We are at the early stages of trying to get our vision to the appropriate people at municipal, provincial and even national level,” says John Stavers, the Novo’s general manager. “Our vision is to have government use the gas from landfills or sewage works rather than waste it.”

Biogas is any methane-rich gas and can be produced by several means, such as decomposing organic matter in landfills or municipal waste and manure. Landfill gas is captured by drilling wells into the methane-rich waste, collecting the gas with pipes and processing it.

Biogas is used effectively in vehicles but is not considered economically viable for generating electricity. It requires converting the gas to heat, to mechanical energy and then to electricity and a great deal of energy is lost in the process. Biogas electricity costs up to 15c a kilowatt hour to produce, much the same as coal-produced electricity. But replacing diesel with biogas could mean a saving R1,50 a litre.

Natural gas can be collected from oil and coal fields, but is also found in rock formations such as shale. The methane is processed before use.
Cars can already be filled with compressed natural gas at a station owned by CNG Holdings in Langlaagte, Johannesburg.

CNG charges R12 500 for a conversion and estimates fuel savings of up to 40%. Converted cars can run on either fuel or gas. The Earth currently has more natural gas than oil resources but, ultimately, natural gas and LPG are not sustainable.

Biogas is a renewable energy but in South Africa most of it goes to waste — as does a golden opportunity to reduce greenhouse gas emissions and city-centre pollution levels. Municipalities flare the methane-emitting waste to earn carbon credits but Novo Energy wants to take the process one step further.

“We want to capture it and use it for niche fleets such as city-centre buses and taxis,” says Stavers. It would also be an option for industrial or commercial use.

A study conducted by Novo Energy and the Prime Africa Institute looks at the cost of pollution and follows World Health Organisation (WHO) methodologies.
It shows, in cities like Johannesburg the costs of pollution created by vehicles which emit toxic pollutants and which are a leading cause of respiratory and cardiac issues.

“We think we live in a clean country, but 50% of respiratory diseases in South Africa are from pollution,” says Andri Hugo, Novo Energy’s chief executive.
A bus running on natural gas for 10 years would translate into an estimated R350 000 saving to society.

This is because it would be cheaper to run it on gas than petrol or diesel and the resulting cleaner air would lead to fewer people being hospitalised with respiratory and cardiac diseases.

The health benefits were calculated according to WHO guidelines, which detail tail-pipe emissions from various fuels. This, combined with epidemiological studies and the health department’s figures of the cost of healthcare to South Africa, means that the use of biogas would save the state costs in this sector.

Using the methane instead of allowing it to escape into the atmosphere would also gain South Africa carbon credits, which could be offset against other sources of pollution.

The study calculated that if 30 000 taxis and 4000 buses operating in the Tshwane, Ekurhuleni and Johannesburg areas were run on natural gas for 10 years the benefit to Gauteng would be more than R5,9-billion. But supply and demand in this sector is a chicken and egg situation. Gas cannot be supplied before there is a demand, yet there can be no demand if there is no supply available.

Stephen Rothman, the director of CNG Holdings, acknowledges that it is a major challenge. The C02 emissions of a Euro 2 bus running on diesel are 10 times higher than the same bus running on methane. “It is quite a significant difference,” says Rothman.

He says that, internationally, there are about 11,7-million vehicles running on natural gas but locally “the vehicle manufacturers need to get on board and are slow to promote this technology”.

The disadvantages of retrofitting vehicles are that the tank is a solid steel cylinder which can take up about a third of a vehicle’s boot space. The conversion, on average, will cost R12 500. “But the savings are fantastic,” says Rothman, adding that conversions would mean a 35% to 40% cut in costs. For example, a C230 Mercedes would need R77,14 worth of petrol to complete 100km, but would require only R45 of gas for the same distance.

CNG says the advantages include a reduction in the maintenance costs on buses (the service interval increases from 15 000km to 50 000km); monthly fuel bills are reduced by 20% to 30%; savings on the theft of diesel are estimated at 7% to 15% and there would be a reduction in breakdown costs. Pricing is currently free market as no regulations are in place.

Rothman says government support is key in getting the industry off the ground and the government is slowly starting to get on board. CNG, in partnership with the South African National Energy Research Institute and Gauteng Transport, has converted some government-fleet vehicles. “Interim reports show great success,” he says.

Professor Harold Annegarn of the University of Johannesburg’s department of geography, environmental management and energy studies, agrees that the use of methane to power vehicles is an effective way of exploiting the energy.

Although compressed natural gas vehicles have a shorter range, “no one is proposing that we use it [methane to fuel vehicles] for the entire country”. He says it would work most effectively in city centres.

A fleet of dedicated vehicles in the inner city, such as buses or garbage removal trucks, which have fixed routes, could effectively use methane, as they could refuel at their depots.

Mass conversions to gas-run vehicles have taken place in cities like Mumbai, Delhi and Seoul, primarily for public health reasons. While the positive aspects of this technology are evident, Annegarn says “the challenge now is to ­demonstrate the benefits”.

Extracting methane from landfills, he says, is fast becoming a competitive industry. “But there is going to be competition for gas,” he says. “There is not an unlimited supply.”