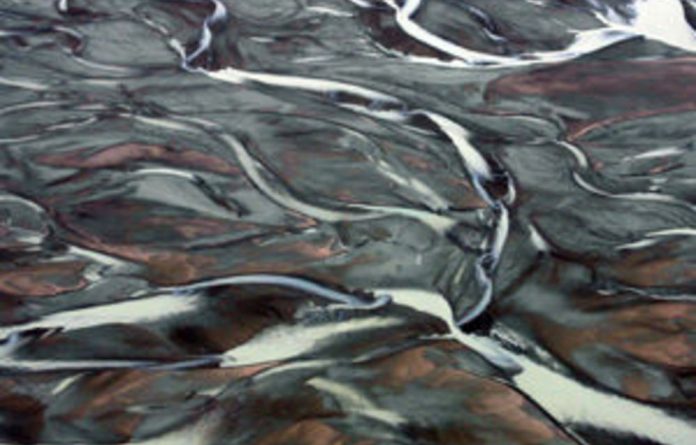 Around the world today we see the damaging effects of climate change, from increasing temperatures and melting glaciers to rising sea levels and lengthening droughts.

The toll on our planet will only get worse if the international community does not strengthen our collaborative efforts to address the problem. The United Nations climate conference in Mexico offers an opportunity to take an important step forward and we must seize this moment together.

The United States is committed to working with South Africa and other international partners to meet this great global challenge.

In Copenhagen last year, presidents Jacob Zuma and Barack Obama worked together with other world leaders to ensure that progress was made on this global issue. Zuma’s leadership ensured that key voices were heard in this debate and we look to his leadership in Cancún again this year.

At Cancún we must work to build on the progress made last year in Copenhagen and move forward on all key elements of the negotiations — mitigation of emissions, transparency of actions, financing, adaptation, technology and protection of our forests.

As we press ahead on these issues and seek a balanced outcome, we must also avoid undermining what we achieved in Copenhagen, where leaders from around the world took a meaningful and unprecedented step in our collective commitment to meeting the climate change challenge. Attempts to back away from commitments in the Copenhagen Accord or to renegotiate its underpinning would only deepen the danger for our planet, our people and our future.

As part of the Copenhagen Accord — which is supported by approximately 140 countries, including South Africa — for the first time all major economies committed to take action to limit their emissions and to do so in an internationally transparent manner.

Developments
The agreement also included landmark provisions for financial assistance to support clean technology development, adaptation and forest protection in those countries most in need.

These provisions consisted of a pledge for “fast-start” funding by developed countries approaching $30-billion from this year to 2012 and a commitment to a goal of mobilising $100-billion annually from public and private sources by 2020 in the context of meaningful mitigation and transparency.

The US is delivering on our fast-start commitment to help developing countries reduce emissions and adapt to the adverse effects of climate change. This year alone the US has significantly increased its climate finance to a total of $1,7-billion, $1,3-billion of congressionally appropriated assistance and $400-million of development finance and export credit.

The US Export-Import Bank is providing short-term credit insurance to facilitate the purchase of small wind turbines worth nearly $300 000 for a renewable energy equipment distributor in South Africa. The turbines are manufactured by US-based Southwest Windpower and will be used for off-grid wind energy applications throughout South Africa.

In the coming year USaid will greatly expand its strategic investments in climate change with the launch of several new programmes focused on climate change adaptation and renewable energy in South Africa and the region.

Recovery
The US is also working hard to reduce its own emissions and make the transition to a clean energy economy. Obama’s Recovery Act provided more than $80-billion in investments, loans and incentives to support a range of initiatives that are vital to this goal.

We have put in place the most ambitious US fuel economy and tailpipe emission standards. We are taking important steps to reduce emissions from our largest ­polluting sources. And [Barack] Obama remains committed to passing domestic energy and climate legislation.

As I travel throughout South Africa I see broad concern about the impacts and the potential threats of changing climate — concerns that Americans share. But I am encouraged by the actions that are being taken here and around the world to work towards a clean energy future that promotes sustainable economic growth for all. Just as no nation can escape the effects of climate change, no nation alone can solve this problem.

I congratulate Zuma for agreeing to host the 2011 UN climate change conference in Durban and know that, under South Africa’s leadership, we will be able to take the agreements forged in Copenhagen and advanced in Cancún to a new level of global engagement.

The risks posed by climate change and the difficulty of containing it pose challenges to every country and we must overcome those obstacles. Our global efforts to build a sustainable, clean energy economy will lift people out of poverty, deliver energy services throughout the world and preserve our most precious environmental treasures.

The Copenhagen Accord is — and the climate change meeting in Cancún should be — an important step in our collective ­commitment to speed this transition, leaving a cleaner, healthier planet for all.

Donald Gips is the United States ambassador to South Africa