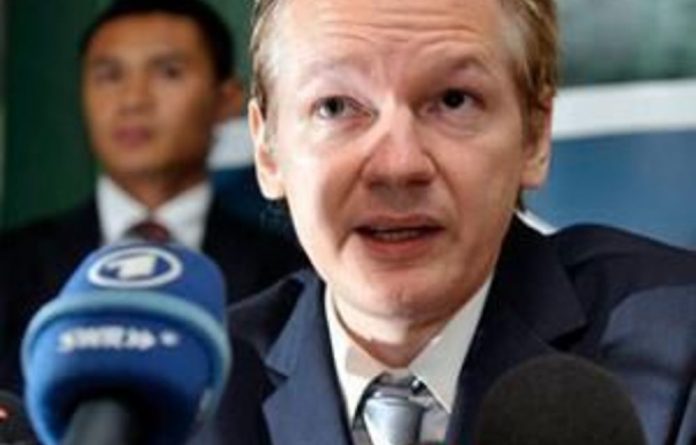 The only thing we can rely on in the world of tech is the next leap forward. And boy, were there some big ones this year. Faranaaz Parker rounds up some of the big tech events of 2010.

Wikileaks and warrants of arrest
2010 is bound to be remembered as the year the term “wiki” — specifically Wikileaks — entered the mainstream. One didn’t even have to be an internet user to know about it. News about the now infamous leaked diplomatic cables, which exposed the seedy underbelly of diplomacy, was front and centre on every newspaper and news bulletin for days on end.

Added to that, there was an international manhunt for the site’s frontman Julian Assange — who was wanted for questioning by Swedish authorities over allegations of sexual molestation — and we had a hot-button topic on our hands.

Though the whistleblowing site has been online since at least 2006, it only came into prominence this year, when it released video of United States (US) soldiers aboard a helicopter killing 12 people, including some civilians, in Afghanistan. A few months later, the site leaked 90 000 classified military reports to top international newspapers. Then in November came the release of thousands of classified correspondences from foreign-based diplomats.

Assange, who is now in police custody in Britain, has made powerful enemies of the US, among others, which recently called on companies like Visa, Mastercard and PayPal to stop allowing donations to the site.

Motion gaming surges forward
Nintendo may have kicked off the motion gaming trend in 2006 but 2010 was the year the competition got serious. In September, Sony released a rival motion-sensitive controller, the PlayStation Move. Then in November Microsoft broke free of the mould with the launch of its controller-free Kinect sensor, which rather than relying on a controller, translates a players physical motions into action.

In the few months since the gaming behemoths released their respective answers to the Wii, Sony sold just over 4-million PlayStation Moves. Microsoft meanwhile managed to capitalise greatly on the promise of controller-free gaming, selling over 2,5-million Kinect’s in its first month.

This Christmas is sure to see bumper sales in both consoles and, given the renewed competition in motion gaming, it will be interesting to see whether the Wii will hold onto its title as the top-selling console.

Tablets take over
The much anticipated release of Apple’s iPad reinvigorated interest in tablet computers, which were first mooted almost a decade ago. Unlike the tiny laptops that tablets were originally envisaged as, the personal computing device we now know as a tablet is distinguished by its light weight, touch-screen interface and stripped down operating system.

On its release the iPad was labeled everything from a Kindle-killer to a laptop-killer. It hasn’t proven to be either but it certainly is a game-changer in personal computing. Sales for the iPad broke the 1-million mark in 28 days, causing a frenzied rush from competitors eager to capitalise on the new market.

The Samsung GalaxyTab and BlackBerry PlayBook seem to be the closest rivals at this point but everyone from Motorola to Toshiba has plans to launch its own range of tablets. The world of personal computing will never be the same.

TopTV makes its debut
In May, a new player moved in to shake up the broadcasting scene. TopTV offered viewers 25 to 55 television channels at prices ranging from R99 to R249 a month.

On the day that it launched, the company was inundated with calls and quickly sold out all 50 000 of its decoder and satellite dish packages.

Soon afterwards MultiChoice unveiled DStv Lite, a new cut-price bouquet that competes directly with TopTV in terms of price and offering. The company, which has long held a monopoly in the pay-TV sector, denied that it was competing with the newcomer.

Despite the initial hype, MultiChoice held on to its position as top dog over the following six months. Results released by Naspers in November showed DStv had increased its subscriber base by 360 000. In contrast, TopTV is estimated to have little over 100 000 subscribers at this point.

But the battle for greater consumer choice isn’t over yet though. TopTV is only the first of three rival pay-TV services to be launched in the near future.

NTT buys out Didata
In July, the Nippon Telegraph and Telephone Corporation (NTT) announced that it would acquire homegrown IT firm Dimension Data for £2,1-billion, or roughly R23-billion.

Asian mega-corporations like China Mobile and India’s Bharti Airtel, have been seeking acquisitions in African markets, which are experiencing an unprecedented boom.

The deal marked the largest ever acquisition of a South African company by a Japanese one. It provided a way for the Japanese telecoms company to gain a foothold in the African cellphone and IT services markets, and allowed Dimension Data access to a global network with data centres around the world.

The companies said the “revolutionary change” would allow them to “establish an unrivalled leadership position” and to develop cloud computing-compatible services.

The Cell C shake-up
Cell C set the cat among the pigeons this year when it repositioned itself as a serious competitor in data services. Despite its contrived advertising campaig — featuring comedian Trevor Noah as it’s CEO (Customer Experience Officer) — and its attempt to use the misleading term “4G” to denote “4 great service”, the former minnow of the cellphone sector has quickly won itself a horde of loyal fans thanks to it’s super-fast and competitively priced wireless broadband offering.

It’s got notoriously unreliable Telkom shaken, and Vodacom and MTN are lagging far behind. That’s round one to the little guy — the consumer that is.

TV in your pocket
It’s taken them five years, but this November finally saw the launch of MultiChoice’s mobile television offering. DStv Mobile, which was already available in countries such as Nigeria, Ghana and Namibia, makes it possible for people to watch live television on Digital Video Broadcast Handheld-enabled — or DVB-H enabled — devices. In English, a cellphone.

The service is free at the moment, but from March next year, you’ll have to subscribe to it through your cellphone provider at a cost of R36 per month. DStv Mobile seems firmly geared towards sports nuts — there are only seven channels and four of them are sports channels.

If you have a DVB-H enabled device, such as the Nokia 5330 or Nokia N96, you should have no problem picking up the DStv signal. But to get mobile TV on say an iPhone or iPad, you’ll need to purchase a booster called the Drifta at a cost of R599.

For the time-being mobile TV in South Africa seems to be a novelty, even among early adopters. The miniscule range of compatible handsets seems to be the key barrier, and it’s hard to say whether it will really take off.

Globally Japan, with its 20-million viewers, is the world leader when it comes to mobile TV. On the other hand, US service provider Verizon Wireless has offered mobile TV since early 2007, but it still only has about 100 000 subscribers.

The year of the smartphone
This was the year the smartphone left the office and entered the leisure market. Smartphone prices fell as Nokia, with its Symbian operating system (OS), and Google, with its Android OS, made the move towards cheaper smartphones.

Suddenly smartphones aren’t just for serious business people — they’re derigour among young professionals and students too. Research firm IDC has estimated that about 269,6-million “converged mobile devices” were shipped this year — a more than 55% growth over 2009.

In particular, experts have named the Android the wild card to be watched in future. Google’s OS for mobile devices has allowed cellphone vendors that didn’t typically offer smartphones to enter the fray. HTC and Motorola were quick off the mark in this respect, but Dell, LG and Samsung will soon add their own products to the mix.