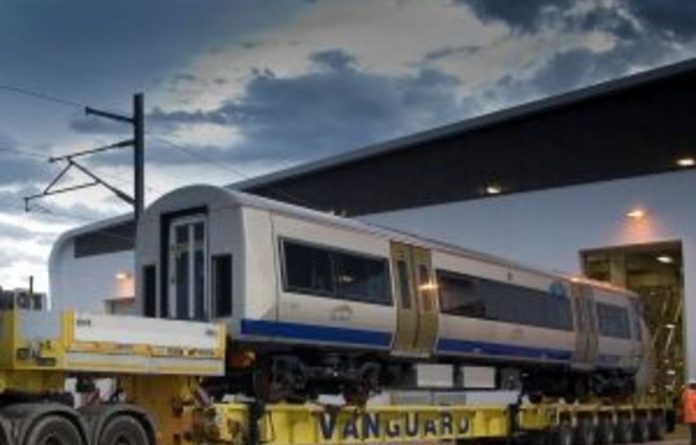 The last Gautrain rail car arrived at the depot in Midrand on Tuesday, completing the 96-car fleet.

On hand to greet it were Gauteng minister for transport, Ismail Vadi, and acting premier provincial minister Mandla Nkomfe.

“This is a momentous occasion. We are now one step closer to the realisation of a dream that’s been almost a decade in the making,” Vadi told the audience made up of dignitaries, media, and interested members of the public.

A local company, UCW Partnership, assembled 81 of the 96 cars in Nigel on the East Rand. Workers from the plant were sent to Derby in England were they spent months learning the skills needed to construct the carriage. They then brought this knowledge back to South Africa.

This legacy that UCW is left with is “something we should all be proud of”, said Bombela CEO Jerome Govender.

The UCW factory created 95 local jobs, 13 of which were filled by women. Two disabled people were also employed at the plant.

The second and final phase of the Gautrain project, the link from Hatfield station in Pretoria to Johannesburg’s Park Station, will open mid-2011. This line is expected to relieve congestion on the N1 Ben Schoeman highway by 20% — roughly 80 000 vehicles — many of which are single-occupancy. With the Gautrain travelling at a top speed of 160km per hour, the entire trip is estimated to take 42 minutes.

But Metrorail has a similar route known as the Business Express which departs from Pretoria Train Station and stops at Centurion and Kempton Park before reaching Park Station in Johannesburg. The trip takes approximately an hour and runs twice a day during peak periods, serving as fodder for critics of the Gautrain who have called the multi-billion rand project a waste of money.

Vadi focused on the positives however, pointing out that by alleviating traffic congestion on the roads the Gautrain was also benefiting people who don’t use it. It will also have a long-term environmental benefit, he said, by helping to reduce carbon emissions and air pollution. “Going green means going Gautrain.”

Nkomfe described the event as a “moment of intense pride”. “We are celebrating a world-class achievement at home,” he said.

Jack van der Merwe, CEO of the Gautrain Management Project, said that the Gautrain proves that a public-private partnership can work. “The ANC [African National Congress] government has given this project the support it needed,” he said.

He also thanked the media for playing their part in keeping the public informed about the Gautrain and keeping the train management on its toes when they made mistakes.

But critics of the Gautrain feel there are still many unanswered questions. The Daily Maverick’s Ivo Vegter writing in June this year, asked why airport transfer companies, car hire firms and shared taxi services should have to compete with a taxpayer-funded service that will “likely receive subsidies and bailouts whenever it runs into financial trouble”.

Road construction, he said, costs about R2-million per kilometre but “will the R25-billion spent on 80km of Gautrain track be 156 times more efficient”?

But criticism was the furthest thing from passengers’ minds as they enjoyed the maiden passenger voyage to Midrand station. Clapping and cheering filled the station when the final rail car made its first appearance.

As the train made its way Twitter users documented their experiences in cyber space: “We are leaving for the first public ride to Midrand station #yay” read one tweet. “Going at 120km/h up the hill to Midrand on the Gautrain — with passengers for the first time,” read another. “You were making history today :)”.

On Wednesday the Gautrain announced: “Our last coach is now in the train workshop and will be coupled to the rest of the train later today.” — Additional reporting by Lisa Steyn