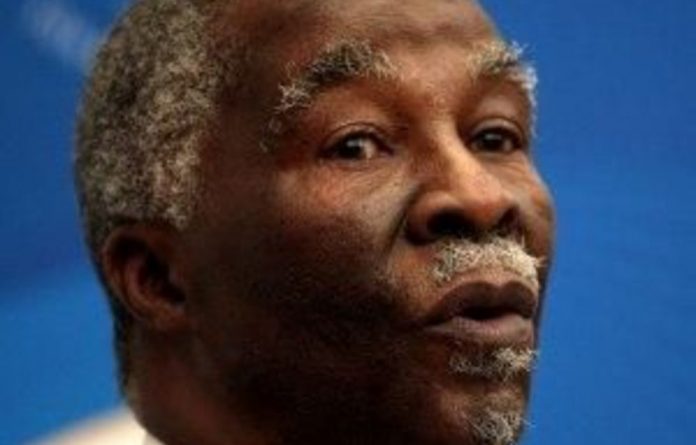 WikiLeaks has enraged governments around the world by releasing a wave of United States diplomatic cables, detailing everything from China’s view of North Korea to unflattering descriptions of world leaders.

Soon after Thabo Mbeki replaced Nelson Mandela as president of South Africa, US diplomats expressed strong reservations to Washington over his judgment and temperament in a cable titled: “Thin-skinned Mbeki will require deft handling”.

Describing him as an “important but hypersensitive African figure” and a “brilliant, prickly leader of Africa’s most important state”, ambassador Delano E Lewis said it would be a challenge for the US to accept Mbeki and recommended that he be invited to Washington early in his first term for talks.

The cable questioned Mbeki’s “ability to accept criticism and manage collegially” — as well as his judgment after he refused to accept scientific evidence on HIV/Aids and failed to criticise human rights abuses in Zimbabwe.

Mbeki’s effectiveness was said to have been undermined by reliance on core of advisers who “lack the experience and diplomatic seasoning”. The cable mentions Essop Pahad, minister in the office of Mbeki’s presidency; Mbeki’s legal adviser Mojanku Gumbi; and the late Parks Mankahlana, who was his spokesperson. “Parks Mankahlana had lost almost all credibility with his key audience, the South African press, in the months before he died of a disease that most were convinced was Aids, but he would never admit,” the cable notes.

‘Insulting and thoughtless minister’
“Mbeki remains unblinkingly loyal to cabinet ministers, such as the often insulting and thoughtless minister of safety and security Steve Tshwete, who outraged the Portuguese community here by questioning their patriotism when they criticised Mbeki’s handling of crime issues, or the truculent and petulant foreign minister Nkosazana Dlamini-Zuma, or his health minister [Manto Tshabalala-Msimang] who circulated to the entire cabinet large sections of a book by a totally discredited Aids denier.”

“Why Mbeki, whose intelligence is widely acknowledged and who is well respected personally, should exhibit a tendency toward shrillness and defensiveness is hotly debated.”

Lewis suggested that Mandela’s global stature “has something to do with Mbeki’s occasional manifestations of a fragile ego”.

When Jacob Zuma was elected president of South Africa last year US officials in Pretoria reserved judgment on whether it was a good or bad thing.

“[Zuma] is a controversial but not well understood personage who emerged from obscurity to where he now occupies the apex of South Africa’s political pyramid. He is deeply loved and revered by his closest constituencies; he is mistrusted by opposition parties; and is hated by those here who believe he is ‘wrong for South Africa,” was the analysis immediately after the election.

Another cable in May last year referred to “outstanding questions” over Zuma’s government and its policies — likely a reference to his then-expected swing to the left. But the writer was willing to give Zuma the benefit of the doubt.

‘Time will tell’
“South Africans have suffered many more and greater tragedies than an elected government with a near two-thirds majority. It is trite to say, but ‘time will tell’. In this case, such a statement rings true for South Africa in 2009.”

By September last year, however, US diplomats reported that the government had a credibility problem, encouraging austerity while at the same time “allowing excessive spending of public money on personal luxuries”. —
guardian.co.uk —