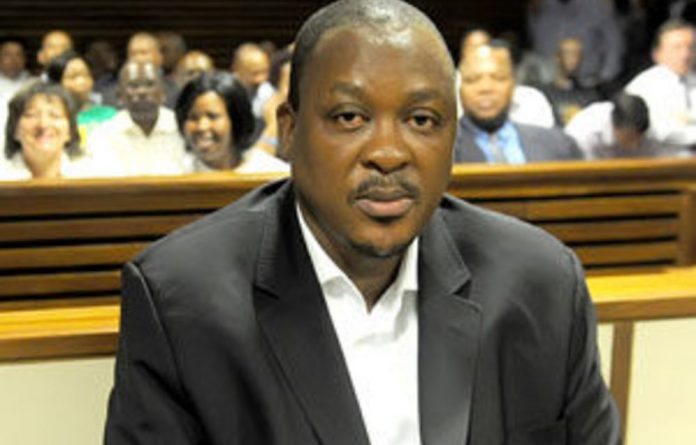 Storm-tossed ANC Northern Cape chair John Block has allegedly used his influence in the ANC at provincial and local government level to build a lucrative property empire in the Northern Cape, the Mail & Guardian can reveal.

Block is claimed to have facilitated deals between property company Trifecta Holdings and several government departments and agencies between 2006 and 2008, while he received fees and payments totalling well over R1-million from Trifecta and associated entities.

Trifecta director Sarel Breda was a close friend and confidant of Block before his death in March last year in a mysterious plane crash near Kimberley.

But Block also benefited from his friendship and business links with //Khara Hais (Upington) mayor Gift van Staden to land a leasehold deal for two prime municipal properties in Upington in 2003.

Five years later Block’s R160 000 debt on these two properties was cancelled by the //Khara Hais municipal council. The council passed a motion exempting him from further rental payments.

Van Staden has been mayor of Upington for the past 10 years.

Hawks probe
The M&G established this week that the specialised crime unit, the Hawks, is investigating the //Khara Hais municipality. A source close to the investigation confirmed that Van Staden’s links with Block are among the matters being probed.

Block, the Northern Cape minister of finance, economy and tourism, was arrested with Intaka businessman Gaston Savoi and charged with corruption and fraud last month relating to the purchase of water purification equipment.

He has been described as the most powerful man in the province. Sources the M&G spoke to this week said that, as ANC chairperson, he made it his business to know about all major business deals in the province.

Hawks sources told the M&G this week that Block may face further investigation of his business dealings in the Northern Cape.

A former close friend of Block said he used his position as ANC chair in the province to glean intelligence about major planned investments.

The friend, who is also an ANC member, said the party had apparently made a decision that Block’s blurring of politics and business could no longer be tolerated.

“He stepped on too many toes, using people one day and discarding them the next.”

Block, through his lawyer Dali Mjila, declined to comment.

Last month Sake24 reported that Trifecta paid Block hundreds of thousands of rands after signing a lease for several properties with the South African Social Security Agency (Sassa) in the Northern Cape worth R300-million, without following the necessary tender procedures, between 2005 and 2008. He was not in government at the time, but was the ANC’s Northern Cape chairperson.

Sake24 reported that it was in possession of documents confirming that, for at least two years, between 2006 and 2008, Block received a basic salary of R60 000 a month from Trifecta.

In addition, the records showed that Trifecta and Breda’s other companies, Shosholoza Trust and Dataforce Trading, paid more than R800 000 into Block’s bank account, supposedly for consulting services.

The above payments totalled R800 000 and in addition to this, his salary for the two years amounted to more than R1,4-million.
During that time Sassa dealt only with Trifecta and signed lease agreements in De Aar, Kimberley and Upington. It is alleged that Block personally negotiated the leases for the company.

Scholtz said that Block was employed as a consultant to Trifecta Resources and Diamonds from 2006 to 2008 and received a salary.

“He also received money for the reimbursement of expenses while he was a consultant to Trifecta Resources and Diamonds, which was established to build a mining division within the Trifecta Group,” he said.

Trifecta Resources acquired a mining licence through the acquisition of Vernon Diamonds, of which Block is still a shareholder, he said. Scholtz confirmed that it was Breda who brought Block on board.

He said a Sake24 article last year had triggered an investigation to determine whether Trifecta was overcharging government agencies and that it was cleared of any wrongdoing. Scholtz said he believed the payments from Breda’s companies were for Block’s legal costs. Trifecta is 55% owned by Sarel Breda’s Shosholoza Trust, with the balance held by Scholtz’s Casee Trust.

Sassa spokesperson Paseka Letsatsi confirmed that an internal investigation was taking place into the Trifecta rentals. A source with insight into the deals said: “All the buildings fall short of Sassa’s norms and standards. They are too big for Sassa.”

Trifecta’s links to government
This week the M&G established that Trifecta also signed leases with the Northern Cape agriculture and sport and culture departments for buildings in Kimberley.

There are particular question marks over the agriculture department’s satellite office in Kimberley, which was allegedly in a poor condition when Trifecta was awarded the lease.

Scholtz said Trifecta bought the rundown building for R1,2-million and renovated it.

A source in the agriculture department said that the new provincial minister, Norman Shushu, appointed last year, was desperately trying to extricate government from the lease because it was so expensive.

The agriculture department’s spokesperson, Sipho Mbaqa, confirmed it was renting its Kimberley office from Trifecta. He said the contract for the main office in George Street was signed on November 9 2005 and the supporting office in Elliot Street on December 2 2006.

Mbaqa said the head of the department had heard that the main office, formerly known as the Kimberlite Hotel, was up for sale. He approached the seller to inquire about buying the building. “However, it was indicated to him by the seller that the building had already been sold to Trifecta,” he said. “Thereafter, he contacted Trifecta and negotiated a 10-year lease agreement.”

A close confidant of Breda and Block told the M&G that the two men would identify buildings to buy and then rent out. Block would act as a facilitator with the appropriate government agency in transacting a lease.

The riverside resorts
The M&G has established that Breda also set up a company used by Block and another business partner, AJ Malgas, to acquire lease on two prime riverside properties from the Upington municipality in 2003.

In 2004 Victor said he had discovered, when the South African Revenue Service called him to account for the company’s tax affairs, that he had not been removed as a director of Intellect.

“I effected the deregistration of the company in June 2004 myself,” Victor said this week.

By 2005 Intellect was no longer being used to manage the two Upington properties. Instead, the //Khara Hais municipality was dealing with Malgas’s and Block’s game farming company, !Gaeb, in which Western Cape provincial chairperson Mcebisi Skwatsha was also listed as a director.

In 2009 the municipality finally wrote off !Gaeb’s debt of R160 000 in unpaid rentals for the two properties, because !Gaeb had been disbanded and could no longer be held accountable for the debt.

“It was a full sitting and the council argued that all the directors of !Gaeb had resigned and could no longer be held accountable for the debt,” she said. “It just did not make sense, because John Block was still walking around as tall as ever in Upington.”

Block and Malgas had both resigned from !Gaeb on the same day, July 23 2004, but Cipro shows that Block still has links with the company through his Siber Investments business partner Tebogo Rakgoale.

An official in the municipality said the two properties were repaired by the council at a cost of R500 000 in 2005/06, before they were again leased to !Gaeb.

Earlier this year it emerged that Block and Van Staden are also business partners in a salt mine, Suid Afrikaanse Soutwerke. The Northern Cape High Court has ruled that the company obtained a fraudulent permit to mine outside Upington.

Van Staden did not respond to emailed questions and messages left on his cellphone and at his office this week. The //Khara Hais municipality also declined to respond, saying the matter is sub judice

Fatal crash sparked rumours
Breda, a wealthy Kimberley businessman, was a close confidant and business partner of Block, often travelling in his company and attending big parties with him.

Their close business relationship allegedly bore fruit in the deals that Trifecta did with state departments and agencies that Block allegedly helped to facilitate.

Breda also funded Block in his race against Neville Mompati for the ANC Northern Cape chair. Block won, prompting Mompati to leave the ANC for the Congress of the People (Cope). But sources close to the two men said the relationship soured in the months before Breda’s death. A close friend related how Breda had been heartbroken over the breakdown in his relationship with Block, though the reasons for the cooling of relations were never discussed.

Other sources offer a reason: Breda allegedly compiled a secret dossier on Block, outlining all his business interests, including the leases with government departments. This was allegedly sent to Luthuli House, but the dossier has never surfaced in the public domain.

On March 4 last year Breda boarded a new, six-seater Beechcraft aircraft, with Kuruman businessman and pilot Johan de Jager, bound for Ladysmith, KwaZulu-Natal. Soon after take-off the plane started making strange manoeuvres, according to eyewitnesses. It then plummeted to the ground and exploded. Breda died at the scene, while De Jager died later in hospital.

Conspiracy theories abounded after the accident — that it had a more sinister cause and that the plane had been tampered with. But an investigation by the Civil Aviation Authority failed to establish a definite cause of the accident, merely finding that the pilot had failed to reach the necessary speed for flight.

South Africa has an obligation to prohibit hate speech under international law, including against LGBTI persons. But now the Constitutional Court has to decide whether the hate speech provision is constitutional
Read more
Politics