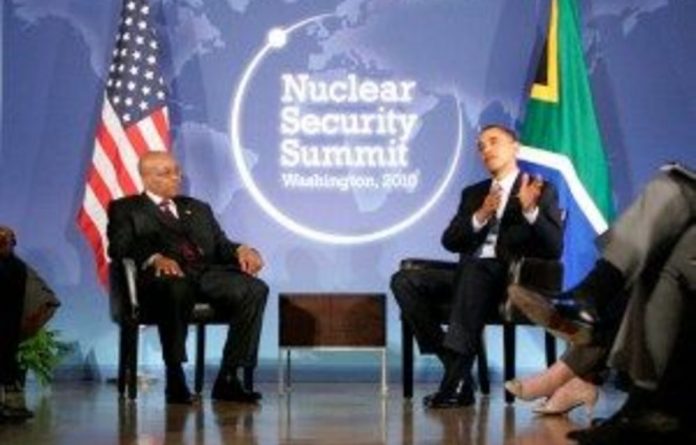 United States (US) diplomats looked at President Jacob Zuma through a soft-focus lens in their report on him shortly after the 2009 elections — in marked contrast with their sharply critical assessment of former president Thabo Mbeki.

This report, contained in an unclassified embassy cable from the US embassy in Pretoria, was released this week through WikiLeaks. In three parts it outlined the history of Zuma’s rise to power and took a sympathetic approach to him, outlining his impoverished background and how he was self-taught because of a lack of opportunities for formal education.

“Zuma’s life exemplified the distinction between education and intelligence — the former he lacked, the latter he had in abundance.”

The report noted Zuma’s failed attempt to become KwaZulu-Natal premier in 1994 but described his rise to the presidency of South Africa as “an astonishing political achievement”.

“Despite Mbeki’s intellect and experience, Zuma outmanoeuvred him by manipulating the party base through the district offices and portraying himself as the victim via the image-making machinery of the ANC [African National Congress],” it said.

The report admired Zuma’s ability to weather political storms and his deployment of a range of tactics to ensure his political survival. These included the use of persuasion to build strong alliances, utilising the infrastructure and networks of his friends, focusing on key tasks while maintaining he was the victim of an abuse of power, effectively delegating power, maintaining the moral high ground and projecting authenticity, and using “smart aggression” to wear down his opponents.

It said: “Zuma came across as reluctant to draw first blood, only displaying subtle determination to take the fight to his aggressors. This is consistent with a leader that is aware of his own strengths.”

The author of the report, who is not named, emphasises that loyalty is Zuma’s currency, noting: “[The] standard of conduct and effectiveness [of public officials] will be their loyalty to Zuma and the ANC.”

The report concluded that Zuma would not be the disastrous president that many expect him to be. “There is optimism that a Zuma administration will, at worst, muddle through.”

The government and the ANC have declined to comment on the leaked documents.