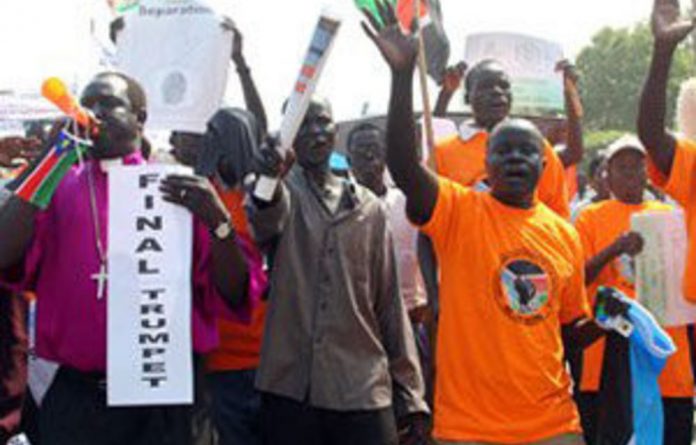 South Sudan’s ruling party on Saturday came out publicly for the first time in support of secession in a January independence referendum.

“Since unity has not been made attractive, we are promoting what our people choose because we are following the people,” said Anne Itto, deputy secretary general of the southern branch of the Sudan People’s Liberation Movement (SPLM).

Almost three million people have signed up to vote in southern Sudan’s independence referendum in January, organisers of the vote said on Wednesday at the close of registration.

The registration process was launched on November 15 for a two-week period but extended by one week due to high demand in the south and to encourage a bigger turnout by southerners living in northern Sudan.

The referendum is a key plank of the 2005 Comprehensive Peace Agreement (CPA) that ended Africa’s longest-running civil war.

Most analysts expect the south to vote to break away and split the continent’s largest nation in two.

‘We will choose to campaign for what the people want’
Itto made clear that the stand in support of independence was that of the SPLM in the south, where the vast majority of voters live, not of the party in the north.

Under the terms of the CPA, both the ex-rebel SPLM and the northern ruling National Congress Party of President Omar al-Bashir were bound to work to make “unity attractive”.

But Itto said the time for such efforts was now over.

Itto stood at a podium covered with posters showing only the ballot symbol for separation — an open, waving hand.

“NCP has made unity very, very, very unattractive,” Itto said. “Now, who would want to go there and tell people lies?”

“SPLM knows that unity has not been made attractive,” she added. — AFP