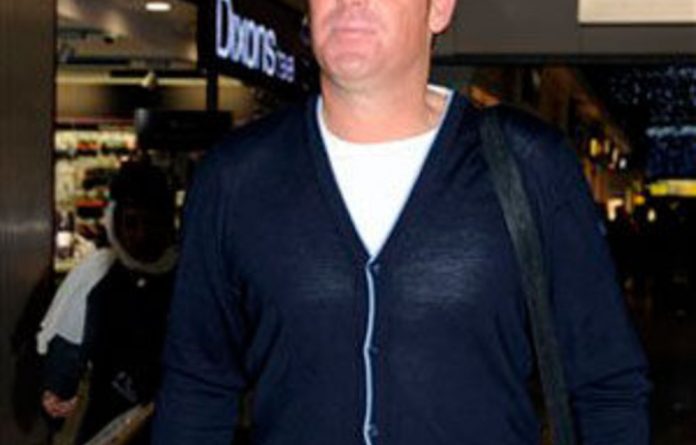 The Warne sideshow has reached fever pitch in Australia as the once-dominant cricket nation contemplates a worrying 1-0 deficit after two Ashes Tests, leading to growing calls for the 41-year-old to return in the Boxing Day Test at the MCG in Melbourne.

Just after Warne was romantically linked to English model and occasional film star Liz Hurley and also announced that he had again split with his wife Simone, with whom he has three children, there were a swathe of questions about a possible comeback at press conferences held by both the Australian and English camps.

Speaking ahead of the third Test at the WACA ground in Perth, starting on Thursday, Flower laughed off any thought of Warne resuming his 145-Test career after almost four years out of the game.

“I am not surprised that it won’t go away,” he said of the Warne speculation with a broad grin. “But it is not going to happen.”

Australian debutant Michael Beer, who will become the 10th spinner tried by Australia since Warne’s retirement, also dismissed talk of a comeback by the legend. “They bring that up three times a year, don’t they?” he said.

Flower also dismissed suggestions that the off-field behaviour of Warne’s good friend, Kevin Pietersen, was a potential distraction for England as they close in on a successful Ashes defence.

Inappropriate comments
A win in Perth would not ensure an historic series victory, but it would guarantee England would retain the Ashes regardless of what happened in the final two Tests.

Pietersen has been reprimanded by team management in recent days for inappropriate comments on his online Twitter account, and was also fined for speeding in a Lamborghini arranged by Warne last Wednesday.

The Australians openly claimed before the series that they believed Pietersen would be a disruptive influence, but the big right-hander made a double century in Adelaide.

“The tweet has been dealt with and Kevin has been reminded of his responsibilities,” said Flower. “The speeding fine is a personal issue that bears little relation to anything that happens in the team.

“We all have to recognise our responsibilities and he is no different in that regard.”

The English players were joined by their wives, partners and children on Monday and Flower said he was confident their arrival would not be a distraction for a side yet to taste defeat on the tour. — Sapa-AFP