Making the ‘T’ and ‘I’ in LGBTI visible 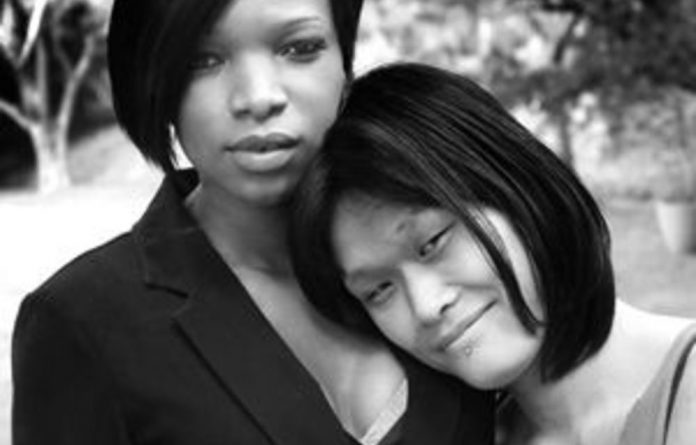 I thought I knew all about prejudices against sexual minorities. After all, I have self-identified as gay for more than 10 years. But I was wrong. I had, in fact, never fully acknowledged the existence, and unique needs, of the transgender community.

It is a dark irony that many of my own friends, colleagues and relatives had, for a long time, rendered me similarly invisible as a gay man.

My toxic ignorance came to an important halt, fortunately, at a recent Trans Health and Research Conference organised by an energetic human rights organisation, Gender DynamiX, based in Cape Town.

At the conference, a transgender man recalled a visit to a psychologist. The supposedly educated shrink, after hearing about his deep sense of discomfort with his female body, asked enlightening questions such as: “How do you strike a match?” and “How do you hold a baby?” Shortly after getting comportments that, for the shrink, prove one’s gender, the shrink suggested that there was no need for the patient to even consider a sex change.

A mother of a transgender teen spoke of her fight with a school not to force her child to wear gender conforming uniforms. Another transgender woman told of years of feeling trapped in the wrong body in much the same way a person is locked in the same house as a serial killer.

These stories show how lethal it is to confuse sex and gender. We think we know this, but for many of us, this knowledge (if it is in place at all) is academic. It is not lived knowledge.

Yet, for the transgender community, this confusion of sex and gender means that society’s legal and medical systems stipulate their gender for them based on physical traits and other arbitrary bits of bodily evidence. If you walk like a man, you must be one.

There is little concern with the person’s own sense of self. Gender identity, in effect, gets reduced to sexual characteristics. This has the devastating consequence of compromising the dignity of transgender people by obliterating their entitlement to be the authors of their own lives, their own identities.

The transgender community also suffers from society’s inability to distinguish sexual orientation from gender. A transgender person is someone whose sense of self is clinically misaligned, to different degrees, with the body he or she was born with. Transgender people may or may not have a gay, bi-sexual, heterosexual, asexual or some other sexual orientation. The difference matters.

For example, sexual health programmes often do not consider the unique physiological risk profiles of a body that is neither male nor female, but is rather a body transitioning into one of these dichotomies or a body that is ambivalently male or female.

The law, too, is harsh. To access treatment from the state legally or to claim from a private medical insurance company, many transgender people have to get themselves classified as suffering from a mental disorder. But they are not mentally disordered; there is simply (though excruciatingly) a medical misalignment between body and sense of self that may need surgical and psycho-social intervention.

This is exaggerated by well-meaning organisations and funding bodies, which have a “catch all” approach. They imagine that in targeting the wider, mainstream gay or LGBTI (lesbian, gay, bisexual, transgender and intersex) communities that all sexual minorities are thereby accessed. In reality, the ‘T’ and the ‘I’ in LGBTI are invisible.

Gay men and women do not always help. Many of us are so keen to conform to society’s ideas about gender (“I’m a straight-acting man!”) that we run away from someone whose gender is different from what is expected of the body they have (“transgender people are so unnecessary!”).

We thereby support stereotypes about gender norms. We also undermine the desire and right of the transgender community to be depathologised and destigmatised.

Prejudice against sexual minorities is not restricted to acts of overt violence against black lesbians. We need to be more vigilant about other manifestations of prejudice. Such vigilance must start with checking our own attitudes. Even victims of prejudice, including gay men and women, need to guard against trans-phobia.