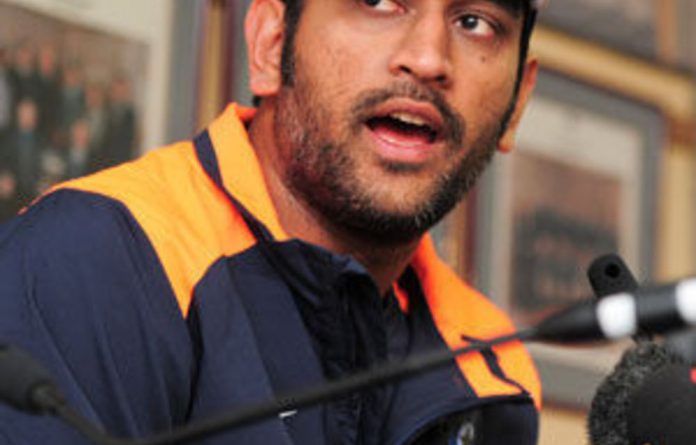 India captain MS Dhoni downplayed the role of batting superstar Sachin Tendulkar on Monday ahead of a three-Test series against South Africa.

Much of the media hype before the first Test from Thursday at Centurion Park centres on the showdown between Tendulkar, seeking his 50th Test ton, and South Africa pace ace Dale Steyn.

But Dhoni told a media conference at the match venue that the clashes between the Test sides ranked first and second in the world, with India on top, were all about teamwork.

“Cricket is a team sport and not about individuals. We place more importance on the process and how we are preparing for the Tests,” the 29-year-old right-hand batsman and wicketkeeper stressed.

“We know how much talent there is in the Indian squad. Preparing well and adapting well … these are the areas we are concentrating on right now,” he added.

South Africa coach Corrie van Zyl backed the Indian skipper: “It is an excellent Indian team and if you are talking about them, you cannot single out individuals.”

Upbeat
Dhoni was upbeat about the wickets amid reports South Africa are preparing pace-and-bounce-friendly ones to aid their seamers at the expense of the Indian spinners.

“Most of our cricketers are used to playing here, whether it is the shorter forms of the game or Test cricket. We will assess the wickets and decide how we need to play.”

The skipper said the Indian attack had impressed at home and abroad on wickets that were not always supportive, with the bowlers adapting quickly and successfully to trigger victories.

He also dismissed statistics showing India have won only one of nine previous Tests in South Africa, stressing the series was not about history or past achievements.

South Africa received a double boost on Monday when captain Graeme Smith and fellow batsman Hashim Amla were cleared to play in the first Test after recovering from injury.

Smith broke the ring finger on his left hand in a one-day game against Pakistan in the United Arab Emirates last month and Amla hurt his wrist fielding in a Test against the same country.

After Tests at Centurion, Kingsmead in Durban and Newlands in Cape Town, South Africa and India play a Twenty20 game on January 9 in Durban followed by five ODIs spread around the country. — AFP