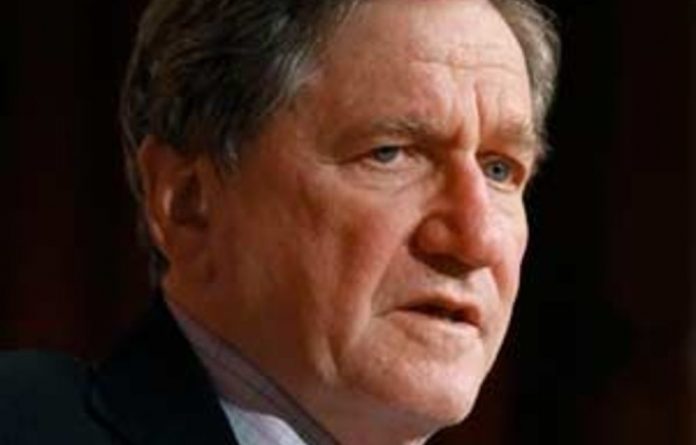 Richard Holbrooke, the United States diplomat who brokered the accord that ended the war in Bosnia and served as US special representative for Afghanistan and Pakistan, died on Monday.

Holbrooke (69), whose government career spanned nearly five decades and ranged from junior diplomat in South Vietnam to US ambassador to Germany and at the United Nations, died after surgery to repair a tear in his aorta.

He fell ill on Friday during a meeting with Secretary of State Hillary Clinton and was taken to a hospital, where he underwent hours of extensive surgery to try to save his life.

“Michelle and I are deeply saddened by the passing of Richard Holbrooke, a true giant of American foreign policy who has made America stronger, safer, and more respected,” President Barack Obama said in a statement.

A relentless negotiator who earned a reputation as a “bulldozer” in brokering the 1995 Dayton Accords that concluded the Bosnian war, Holbrooke was once called “Washington’s favourite last-ditch diplomat” by Time magazine.

Known for his tenacity, intelligence, charm and, at times, abrasiveness, Holbrooke held some of the most important jobs in US diplomacy, including assistant secretary of state for East Asian and Pacific affairs and European and Canadian affairs.

Nine years after the US invasion that toppled the Taliban rulers in Afghanistan, there are nearly 150 000 foreign troops in the country — almost 100 000 of them from the USt — fighting an insurgency that has been fortified by its ability to find safe havens in neighbouring Pakistan.

Analysts do not expect Holbrooke’s death to have much impact on a report due this week on Obama’s build-up of forces in the Afghanistan war. The US strategy is meant to allow Afghan security forces to gradually take over and permit American troops to start withdrawing from July 2011.

Dayton Accord was high point
While seen as one of the United States’ most can-do diplomats, Holbrooke had a strained relationship with Afghan President Hamid Karzai, who held on to power in elections last year that were marred by widespread reports of fraud.

“We are saddened by his death, it is a big loss. He had done great services for Afghanistan,” said Siyamak Herawi, a spokesperson for Karzai.

The Washington Post quoted family members as saying that as Holbrooke was sedated for surgery, his final words were to his Pakistani surgeon: “You’ve got to stop this war in Afghanistan.”

Some analysts believe Holbrooke achieved at best mixed results on US policy toward Afghanistan and Pakistan and that his influence had waned.

He may be best remembered for bringing the warring parties in Bosnia to terms. “The Dayton agreement was the high point of his achievements,” said James Dobbins, a US diplomat who served with Holbrooke at Paris peace talks on ending the Vietnam War.

Holbrooke was sometimes known in the Balkans as “Raging Bull” and “the Bulldozer” because of the forceful tactics and cajoling he used to get opposing sides to the negotiating table at an air base in Dayton, Ohio, while serving as an assistant secretary of state under President Bill Clinton.

He developed a rapport with Yugoslav President Slobodan Milosevic, who died in 2006 in The Hague while being tried by a UN tribunal for war crimes that included genocide.

Known for his blunt diplomatic style, Holbrooke was quoted by the BBC as saying he had no qualms about negotiating with “people who do immoral things”.

“If you can prevent the deaths of people still alive, you’re not doing a disservice to those already killed by trying to do so,” he said. “And so I make no apologies for negotiating with Milosevic and even worse people, provided one doesn’t lose one’s point of view.”

Senate Foreign Relations Committee Chairman John Kerry, a Vietnam veteran, described Holbrooke as “an outsized personality” and said their careers were intertwined from the Vietnam War through the war in Afghanistan.

“He was always a man on a mission, the toughest mission, and that mission was waging peace through tough as nails, never quiet, diplomacy.” Kerry said in a statement.

In between his stints in government, Holbrooke had a varied career that included working as a managing director at Wall Street firm Lehman Bros, and as an author.

He wrote “To End a War,” about the Balkan conflict and was co-author of “Counsel to the President,” the memoirs of lawyer Clark Clifford who played an important role in the presidencies of Harry Truman, John F Kennedy and Lyndon Johnson. — Reuters