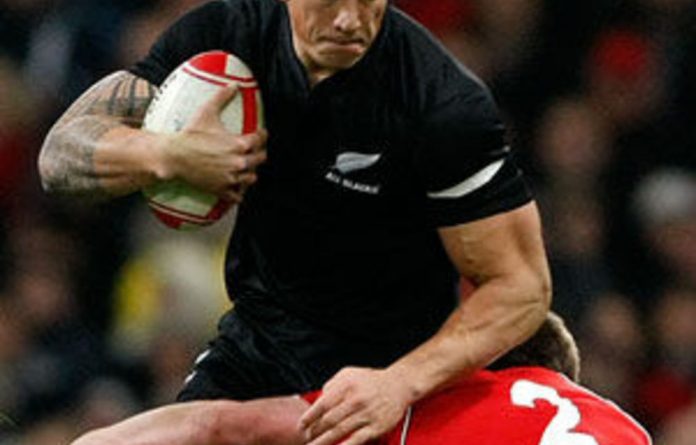 New Zealand rugby chiefs on Wednesday backed plans by rising All Blacks star Sonny Bill Williams to resume his boxing career just weeks away from a season culminating in the Rugby World Cup.

The NZRU, which was accused of wrapping its players in cotton wool ahead of their failed 2007 World Cup campaign, said it was “comfortable” with the fight, despite the danger of injury to a player hailed as the new Jonah Lomu.

“There’s a risk that he will get injured, absolutely, but it’s one that we think is worth taking,” the NZRU’s general manager of professional rugby, Neil Sorensen, told Radio NZ.

“He’s an amazing athlete, he’s going to be in a professional environment, he’s boxed before and we’re happy with the risks.”

Reports in New Zealand said Williams’s contract contained provisions for him to contest a second fight later in 2011 when the Crusaders have a bye in the competition, which would be either early April or early June.

The latter date is just three months from the start of the World Cup in New Zealand, where Williams is seen as a key element in the All Blacks’ home soil bid to restore their credibility in rugby union’s showcase tournament.

‘We couldn’t compete with Toulon’
Sorensen confirmed that the NZRU agreed to let Williams box as part of his contract, saying it was the only way of stopping him re-signing with cashed-up French rugby team Toulon earlier this year.

“We couldn’t compete with Toulon, we were millions and millions [of dollars] apart and this was just one way of securing him,” he said.

Williams, a former star of Australia’s National Rugby League, was fast-tracked into the All Blacks after just a few games playing domestic rugby union in New Zealand and excelled in the All Blacks’ Northern Hemisphere tour.

Speaking in Sydney, Williams said the World Cup remained his long-term goal but he believed boxing would help him improve as a player.

“I want to push myself, take myself out of my comfort zone instead of just having a holiday,” he told reporters.

“I feel if I do this, because it’s what I’ve done over in the last couple of years, I’m only going to grow as a player on the field.”

Williams has stopped both of his previous opponents in the first round. His latest opponent, Lewis, is a 36-year-old forklift truck driver with a record of three wins and four losses, with three of the defeats coming through knockouts. — AFP