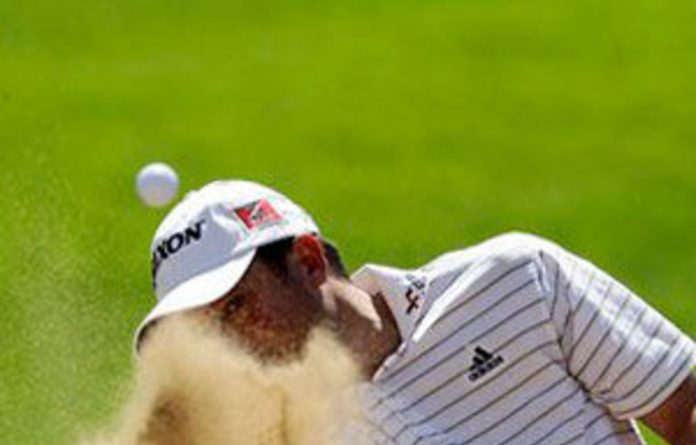 Tim Clark is favourite to win the South African Open this week despite the presence of Major winners Ernie Els, Retief Goosen and Louis Oosthuizen.

The diminutive 34-year-old South African based in Arizona does not consider the tag a burden as he seeks to repeat his Open triumphs at Durban Country Club five and eight years ago.

“It is amazing how comfortable I feel here. I can not have played it for years and when I get out there it all comes back to me,” he said of the course in the Indian Ocean city where he was born.

Clark, who broke a 205-tournament winless streak in the United States last May by lifting the Players Championship, says he must accept the pressure of favouritism after winning the last two editions staged by Durban.

“Winning the Players Championship has given me a bit more confidence when I get into a situation where a tournament is on the line,” he told a media conference ahead of the first round Thursday.

And the man who finished 19 under in 2002 to win by two strokes and 15 under three years later to succeed by six shots believes the destiny of the second oldest national championship after the British Open hinges on straight driving.

“Driving the ball straight here holds the key. On this course it is all about hitting the fairways and hitting solid shots, especially when the wind blows,” said Clark.

“I have been working hard on my driving and feel confident about my game generally,” added the golfer who came closest to winning a Major when finishing runner-up to American Phil Mickelson at the US Masters four years ago.

Clark enters the Durban tournament, co-sanctioned by the European Tour and the South African Sunshine Tour and the second event on the 2011 Road to Dubai circuit, in good form.

After carding the only over-par first round at the Sun City Challenge two weeks ago, he stormed back to finish runner-up behind world number one Lee Westwood of England.

Oosthuizen, whose runaway triumph at St Andrews last July was the stuff of golf fairytales, failed to make the cut by one stroke after incurring a penalty shot when his ball moved marginally during a practice swing.

His early exit followed a last-place finish at Sun City as he tries to overcome mental fatigue from a long season and wearing a brace to protect an ankle injury sustained while hunting three months ago.

Els and Goosen are overdue a victory speech and tradition favours a local golfer collecting the €158 000 first prize as only seven non-Africans have topped the South African Open leaderboard.

Scot Richie Ramsay was among them and will defend the title over a 6 156-metre layout while back-to-back Dunhill championship titles suggest Spaniard Pablo Martin could pose a serious threat.

The 156 contenders will face new greens composed of ultra-dwarf bermuda grass after heat and humidity had wreaked havoc at the coastal venue, bunkers have been resanded and some tees rebuilt and resurfaced. — Sapa-AFP