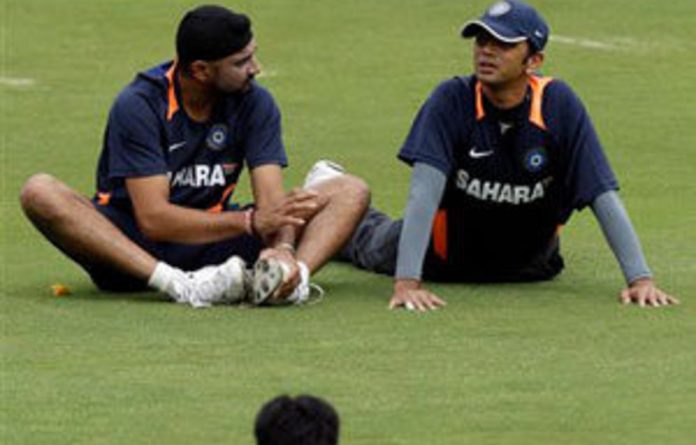 Just three days after the official start of their tour, India face what shapes as the biggest threat to their ranking as the number one team in Test cricket when they meet South Africa in the first Test at SuperSport Park on Thursday.

India go into the clash against their nearest challengers without having played a warm-up game in conditions which, in the early part of the match at least, are expected to be favourable to South Africa’s formidable fast bowling pair of Dale Steyn and Morne Morkel.

Overcast weather with a chance of rain is predicted through to Thursday although the sky is expected to clear over the weekend.

There was a good covering of grass on the pitch on Tuesday and both Morkel and South African coach Corrie van Zyl said they expected help for the bowlers.

Van Zyl cautioned, though, that his bowlers would have to perform well against a powerful Indian batting line-up.

“There has been a lot of talk about pace and bounce but it’s one thing playing in those conditions, it’s another thing to execute.”

Nor will Indias’s batsmen be likely to succumb as meekly to pace as some of their predecessors in a country where India have only won one Test on four previous tours.

Players are ‘calm’
Five of India’s top seven batsmen have played in at least one Test series in South Africa and most of the rest of the touring squad have recent experience of local conditions through playing in Indian Premier League and Champions League tournaments in the country.

And, although the tour only started officially on Monday, following the conclusion of a one-day series against New Zealand last Friday, most of the players have been working with coach Gary Kirsten at his academy in Cape Town for the past week.

Indian captain Mahendra Singh Dhoni said his players were “very calm, very relaxed, thinking about the process and not getting caught up with other things”.

Although winning in South Africa is seen by many Indian critics as the final challenge to the number one team, Dhoni refused to over-hype the three-match series.

“It’s not about one series,” he said. “If you talk about rankings, it is the process that takes you to a place. If you talk about our ranking, we started from September 2008, and where we are right now is because of all our performances.”

He acknowledged, though, that it was important for India to adapt to local conditions, which he said had been helped by the time in Cape Town.

Although the battle between Steyn and Morkel and the Indian batsmen is crucial, with India boasting an explosive opening pair in Gautam Gambhir and Virender Sehwag, followed by some of India’s most successful batsmen of all time in Rahul Dravid, Sachin Tendulkar and VVS Laxman, India will pose a considerable threat to the home team’s similarly solid batting.

If anything, India might have the better balanced attack, with fast bowler Sree Sreesanth, who had an excellent tour four years ago, and experienced off-spinner Harbhajan Singh backing up Zaheer Khan and Ishant Sharma.

There is some doubt, though, about the fitness of Khan with a possible hamstring injury.

South Africa’s back-up bowlers may be less threatening, with the inexperienced Lonwabo Tsotsobe and Ryan McLaren vying for one seamer’s place while Paul Harris, with a modest recent record, is the only spinner.