Maroga judgement a lesson in how to run public enterprises 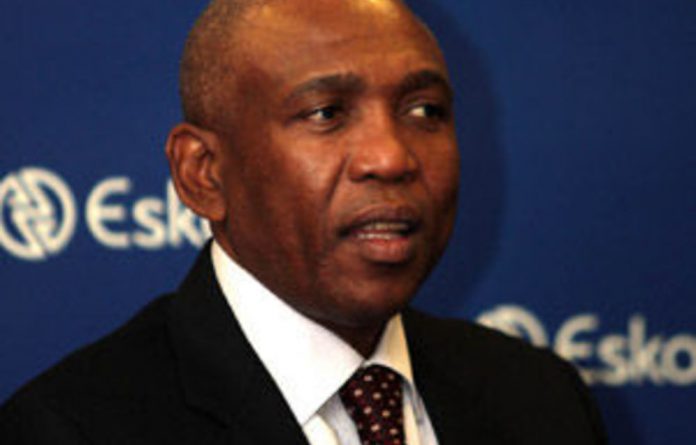 It was probably the first major news story of January 2010: Jacob Maroga’s demand for R85-million in compensation following his messy departure from Eskom made front pages across the country and provoked a welter of suitably agitated commentary.

The conclusion of the case last Friday, however, went almost unremarked. That is unfortunate because the judgment in favour of Eskom and the department of public enterprises is a reminder of crucial governance principles that have too often been ignored in the past. They are now coming under renewed attack as ANC and government officials shuttle home from China starry-eyed over Beijing’s tight coordination of party, government and parastatal activity.

There were good reasons for the excitement back in January. The eye-watering scale of Maroga’s expectations and the urgency of Eskom’s corporate turnaround were the most obvious, but there were other battles barely below the surface. The most important was the clash between the fraction of the ANC’s business support that finds its home in the Sandton branch of the Black Management Forum and what you might call the governance gang, spearheaded at the time by Barbara Hogan and Pravin Gordhan.

Hogan’s signature position during her time as public enterprises minister was that parastatals ought to be run by their boards in strict compliance with the Public Finance Management Act and company law. That approach, most successfully implemented at South African Airways, was not universally applauded in either the governing party or in Cabinet and it led to intense battles with the tenderpreneur tendency, represented most prominently by then-communications minister Siphiwe Nyanda.

President Jacob Zuma was characteristically on the fence — on the one hand, meeting privately with Maroga to discuss his circumstances and sending Yunis Shaik to mediate and, on the other, allowing Hogan to back the Eskom board. Meanwhile, a mirror image of the same fight was playing out at Transnet, where Siyabonga Gama, the ANC’s choice for chief executive officer, was trying to fend off dismissal for his role in the improper awarding of contracts to Nyanda’s companies.

Again Hogan backed her board in the face of intense political pressure. And when she ultimately lost her job it seemed clear that she had tested to destruction the possibilities for principled leadership in Zuma’s Cabinet.

Despite all this, there were no journalists present when judgment was handed down last Friday and the Sunday papers gave it minimal attention. Eskom didn’t make much fuss either and though there were plenty of happy faces among Hogan’s supporters in government and the ANC, they kept the celebrations private.

That is a pity, not just because the judgment represents her last victory, but because it sets out some basic principles that we are going to need reminding of in the near future.

Malusi Gigaba, the new public enterprises minister, has more than once suggested that the “shareholder” — that is, government — needs to play a more hands-on role in the management of parastatals, hinting that the strict lines of accountability set out by Hogan may be blurred. This comes in the context of a growing debate within the ANC about the attractions of the Chinese model, which is entirely unconcerned with such niceties as boards.

Fortunately, the proponents of party-driven state capitalism do not yet have the upper hand. Key members of the ANC’s powerful economic transformation committee, who also serve in government, speak privately about how different South Africa is, how inappropriate the Chinese model is for our conditions and how badly political interference has damaged crucial parastatals such as T­ransnet.

“There’s just no way we can replicate the Chinese approach here,” a Cabinet minister told me recently.

He has some convincing to do. A recent report emanating from a heavy­weight party delegation to China reads: “There must be introspection on the part of the ANC, especially about our understanding of the political management as it relates to the state-owned enterprises (SOEs). Are we really in charge of them or are the boards too powerful?”

It goes on: “The [ANC] delegation observed that the management and staff at the Chinese SOEs have perfect clarity about the central government’s wishes for their particular SOEs.”

Judge Thokozile Masipa, however, has given the remaining members of the governance gang some handy ammunition. Much of her judgment concerns the general implausibility of Maroga’s version of what went down when he angrily offered to resign. That is all interesting history. What matters now is the clarity of her findings about the relative powers of parastatal boards and Cabinet ministers.

And: “The Minister performs no executive role in Eskom. The articles make it clear that the management and control of Eskom shall be vested in the directors.”

And, finally: “A shareholder does not have the right to interfere in the decision-making of the board in respect to the company’s internal affairs.”

It is perfectly appropriate for politicians to set broad objectives for parastatals and, with the help of Parliament, to hold boards to account on whether they achieve them, but the history of South Africa’s state-owned enterprises is of crippling, and often illegal, political meddling. Gigaba and his new director general, Tshediso Matona, could do worse for holiday reading than Judge Masipa’s simple primer.