N Korea says it will strike South if drill goes ahead 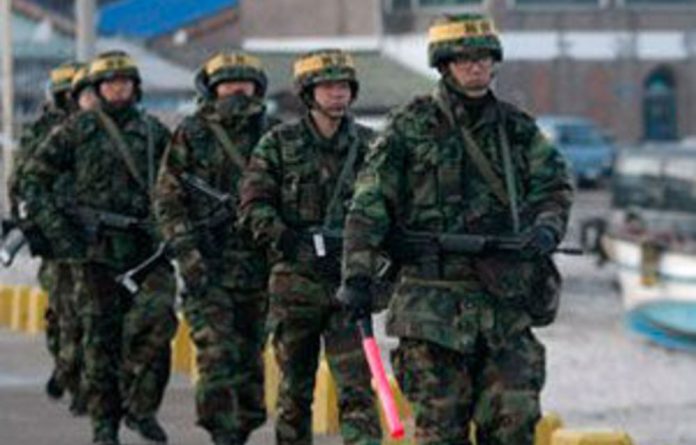 North Korea said on Friday it would strike again at the South if a live-firing drill planned by Seoul on a disputed island went ahead, with an even stronger response than last month’s shelling that killed four people.

The announcement on North Korean official news agency KCNA came as South Korea readied for live-firing drills on Yeonpyeong island near a disputed maritime border with the North for the first time since November’s exchange of artillery fire.

The South Korean drills will take place between December 18 and 21.

“The strike will play out a more serious situation than on November 23 in terms of strength and scope of the strike,” KCNA said.

The North had said its November shelling was a response to South Korean “provocations”.

North Korea’s warning came after Seoul promised a more robust response to any further attacks on its territory. The shelling of the island was the first time since the Korean war that the North had attacked South Korean territory.

Restraint
China, the North’s main backer, has said that Pyongyang had promised restraint and the threat of a new attack by the North came as China told visiting United States Deputy Secretary of State James Steinberg that the two big powers should cooperate more in defusing tension on the Korean peninsula.

It also came as US diplomatic trouble-shooter Bill Richardson visited Pyongyang in an effort to “reduce the tension on the Korean peninsula”.

China’s top diplomat, Dai Bingguo, urged closer coordination over the Korean peninsula during talks with Steinberg, the second most senior official in the US State Department, the state-run Xinhua news agency reported on Friday.

Steinberg was in Beijing for three days up to Friday to press China to do more to bring to heel its ally, North Korea, which last month sparked alarm by shelling the island and disclosing advances in uranium enrichment that could give it a new path to make nuclear weapons.

China has avoided publicly condemning its long-time ally over the deadly shelling and nuclear moves, and instead pleaded with other powers to embrace fresh talks with North Korea. — Reuters