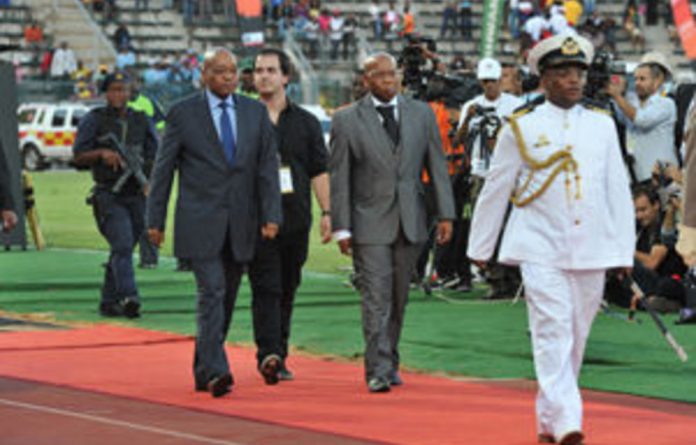 The launch of the South African Union of Students (SAUS) in 2006 was intended to inaugurate a new era in student leadership, but controversies surrounding this month’s conference of the World Federation of Democratic Youth (WFDY) in South Africa draw into question the degree to which it has done so.

Its support of the WFDY’s 17th World Festival of Youth Students’ conference, held from December 13 to 21 in Pretoria, therefore contrasts starkly with its principles. The WFDY is recognised internationally as an organisation of communist and socialist youth organisations; and the ANC Youth League and the South African Students’ Congress are its only South African youth member organisations.

In his opening address at the conference youth league president Julius Malema said: “The youth of South Africa have been associated with the World Federation of Democratic Youth since its launch in 1945.”

But many young South Africans across the country would be opposed to supporting any conference of an organisation founded as a Soviet front that plays host to organisations such as the Kim II Sung Socialist Youth League of North Korea, considered the most oppressive regime in the world.

The conference has already generated controversy because of the public funds allocated to the conference — more than R69-million, of which R40-million comes from the National Lottery Board.

Fundamentally at issue here is the use of public funds to support bodies that parade as non-partisan representatives of the youth — that is, public funds being used in effect to further the interests of one political party and its associates.

The partisan WFDY conference and the funding made available to it by the National Youth Development Agency, and now the National Lottery, highlights a rank inability to separate party and state. That is, after all, the conceit of the one-party state, which is carelessly and intentionally to flaunt its interests as the interests of all. This smothers creativity and critique and breeds conformity and idleness.

Institutions of higher learning are not immune to this decay. Tertiary institutions are vitally important for knowledge creation and dissemination and are the breeding grounds for the country’s future leaders. They also play an invaluable role in the transformation of our society. It is here that students begin to engage the issues that face our society, where ideas are born and challenged, and where tomorrow’s leaders cut their teeth. It is important that ideologies are discussed and debated — but it is not the role of public institutions to promote a single ideology.

During apartheid university campuses were alive with political activity. They were places where critical thinkers gathered and shared in a common vision of a future beyond the tyrannical apartheid state. South Africa cannot regress to a place where the ruling party uses the largesse of the state to further its own interests. In a democratic society founded on human rights and freedom, the role of the state is to use the public machinery to protect pluralism and create space for individual thought and endeavour.

Given the importance of the SAUS its members must pursue their democratic mandates faithfully and independently in the best interests of students and the youth. If SRCs now support the WFDY and fail to rein in its representative body, the SAUS, they will compromise the country’s democratic values.