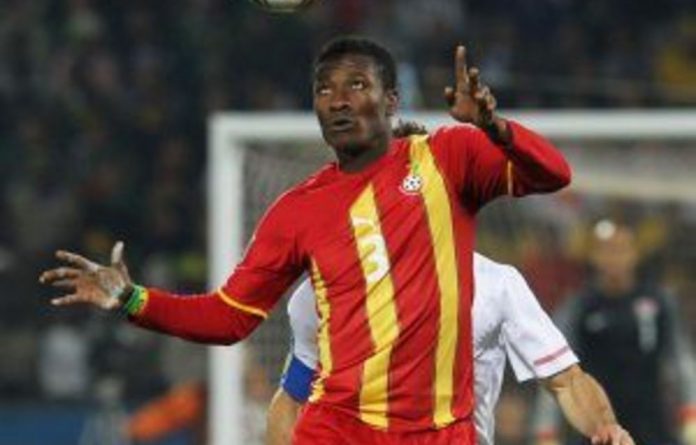 Ghana World Cup hero-cum-villain Asamoah Gyan was crowned BBC African Footballer of the Year on Friday after receiving more than half the public poll votes.

Compatriot Andre “Dede” Ayew, Ivorians Didier Drogba and Yaya Toure and Cameroonian Samuel Eto’o were the other finalists with listeners voting online and by text.

“It was really hard to win this award especially because of all the other players I was up against”, the striker who joined Sunderland from Rennes in a $20-millionmid-year deal told the Fast Track radio show.

Gyan scored three of the four goals that took Ghana to the African Nations Cup final last January and grabbed another three in South Africa as the Black Stars became only the third African country to make the World Cup last eight.

And the West Africans could have gone even further had Gyan converted a penalty in the dying seconds of stoppage time against Uruguay instead of blasting the ball against the crossbar.

Gyan is also a contender for the CAF African Footballer of the Year award with Eto’o and 2009 winner Drogba and the result of a poll among national coaches will be announced Monday in Cairo. — Sapa-AFP