Proteas wrap up victory over India 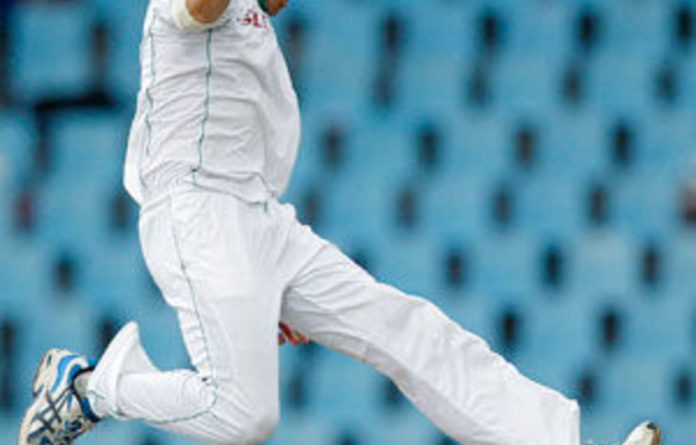 Fast bowlers Morne Morkel and Dale Steyn took a wicket apiece as South Africa completed victory by an innings and 25 runs on the fifth day of the first Test against India at SuperSport Park on Monday.

Sachin Tendulkar was left stranded on 111 not out as India were bowled out for 459, losing their last two wickets for five runs in 26 minutes and 35 balls.

Morkel had Sree Sreesanth caught at third slip before Steyn had last man Jaidev Unadkat caught at gully to give South Africa a 1-0 lead in the three-match series against the team ranked number one in Test cricket.

South Africa were always in control after winning the toss and sending India in to bat after rain delayed the start on the first day.

Morkel and Steyn had ripped through India’s batting on a lively pitch, dismissing the world’s number one ranked Test team for 136 in their first innings.

Openers Gautam Gambhir and Virender Sehwag both made half-centuries before Tendulkar and captain Mahendra Singh Dhoni put on 172 for the seventh wicket to ensure that the match would extend into a fifth day.

Tendulkar went on to record his 50th Test century.

Morkel struck with the 21st ball of the day when Sreesanth edged a lifting delivery to De Villiers at third slip.

Unadkat could only fend a lifting ball from Steyn to gully where Ashwell Prince completed a simple catch.

The second Test starts in Durban on Sunday. — AFP