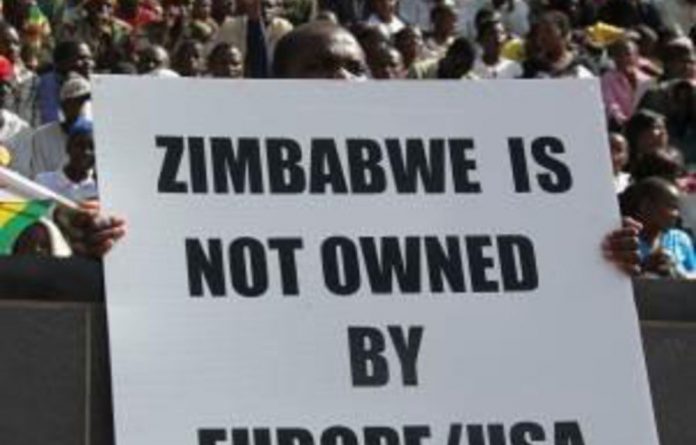 A leading business group on Tuesday urged President Robert Mugabe not to seize Zimbabwe-based firms from Western countries in opposing the sanctions imposed on him and his party.

Last week Mugabe had made such a threat while addressing the annual congress of his Zanu-PF party.

Under existing economic empowerment and indigenisation laws, foreign-owned businesses have to be 51% owned by black Zimbabweans. Mugabe has warned that unless sanctions were removed he would aim to seize complete control over the firms.

“He (Mugabe) might have a point on sanctions, but a retaliatory approach will not work,” said Joseph Kanyekanye, head of the Confederation of Zimbabwe Industries, the country’s largest business group.

Engagement with the West was “critical”, as more foreign investment and access to capital from abroad were needed to bolster any recovery in Zimbabwe, Kanyekanye said.

“The economy must not suffer as a result of indigenisation,” he told reporters.

Minister of Indigenisation and Empowerment Saviour Kasukuwere has argued that seizing Western-owned companies would not worsen the economy.

“Gone are the days when our resources are being exploited and nothing is coming to us,” Kasukuwere said. “If they [the West] continue with their sanctions, we will also give sanctions.”

The indigenisation laws have sparked fierce differences in the fragile coalition government, with Prime Minister Morgan Tsvangirai of the rival Movement for Democratic Change (MDC) opposing the laws. — Sapa-DPA