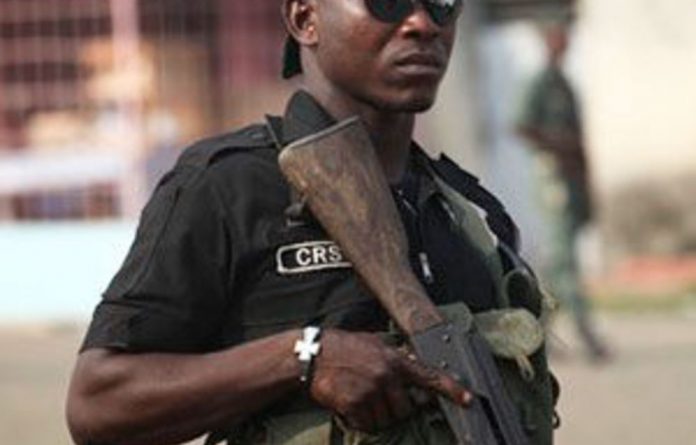 Defiant Côte d’Ivoire leader Laurent Gbagbo dug in his heels on Tuesday under a barrage of international criticism, as the United Nations defended its hard-pressed peacekeepers and threatened sanctions.

Both Gbagbo and his rival, Alassane Ouattara, claim to have won last month’s Côte d’Ivoire presidential election, but UN monitors and almost all of the world community recognised the challenger and has demanded Gbagbo step down.

Furious, the 65-year-old strongman ordered the United Nations’s 10 000-strong Unoci peacekeeping force out of the country, accusing it of arming former rebel fighters now loyal to Ouattara and of plotting against his rule.

But the UN was unimpressed, and the UN Security Council voted on Monday to renew the force’s mandate for six months, after hearing reports that Gbagbo’s forces have been involved in “massive” human rights abuses.

At the same time, the European Union slapped visa bans on Gbagbo, both of his wives and 16 senior presidential advisers and military officers, while the White House said it was preparing new action against him.

‘Diversion’
Gbagbo’s Interior Minister, Emile Guirieoulou, dismissed charges of rights abuses on Monday, telling reporters: “We demand Unoci leaves. The rest is just a diversion. It shouldn’t act against our will on our territory.

“If it chooses to talk to people other than the authorities, it puts itself in a position of revolt, and will be dealt with accordingly,” he warned, in an apparent reference to the allegations that the UN force backs Ouattara.

As to the EU’s decision to impose a visa ban on Gbagbo and his senior allies, Guirieoulou said it made him smile: “It’s just a red rag they wave before African leaders, thinking it makes us scared.”

While Gbagbo’s government bats away the charges, his notorious lieutenant, Charles Ble Goude, has been touring run-down suburbs of Abidjan, firing up crowds of youth with demands that Ivorians fight for their sovereignty.

Since 2006, Ble Goude has been under UN sanctions for his alleged role in bloody ethnic and nationalist street violence in Abidjan. He is now Gbagbo’s powerful minister for youth and seems to be preparing for a showdown.

The UN has accused Gbagbo’s security forces of involvement in dozens of alleged kidnappings and murders, and the head of its peacekeeping department told Agence France-Presse that his force was facing a “dangerous” challenge.

“It is clear that President Gbagbo’s camp is doing everything to make life difficult for us, including by blocking our supplies and by harassing our personnel, and carrying out provocations, some armed,” Alain Le Roy said.

“They want to cut all of our fuel. They are forcing us to leave the apartments we use,” added Le Roy, a UN under-secretary general, after briefing the Security Council on the Unoci mission in Côte d’Ivoire.

Mercenaries
Le Roy said peacekeepers were investigating reports that Gbagbo’s forces were working alongside Liberian and perhaps Angolan mercenaries, a charge long made by the Ouattara camp, which Gbagbo’s ministers have denied.

Security Council resolution 1962 warned that the UN might send more troops “as may be needed” from other peacekeeping missions and called on countries to be ready to meet any new appeal for new forces.

UN peacekeepers and France’s 900-strong Licorne force patrol the streets of Abidjan and protect the Golf Hotel, where Ouattara has set up his base.

Unoci chief Choi Young-jin has accused Gbagbo’s troops of blockading the Golf Hotel, and on Monday said the Gbagbo camp had sent armed young men to intimidate UN staff in their homes at night.

Ouattara is backed by the former rebels that control areas north of a 2003 ceasefire line but in the south, home to the cocoa ports that dominate Côte d’Ivoire’s economy, he is confined to the Golf Hotel.

Faced with jihadist breakthrough in Burkina Faso, neighbouring states in the Gulf of Guinea increasingly fear attacks in their own territories
Read more
Advertising
Continue to the category
National