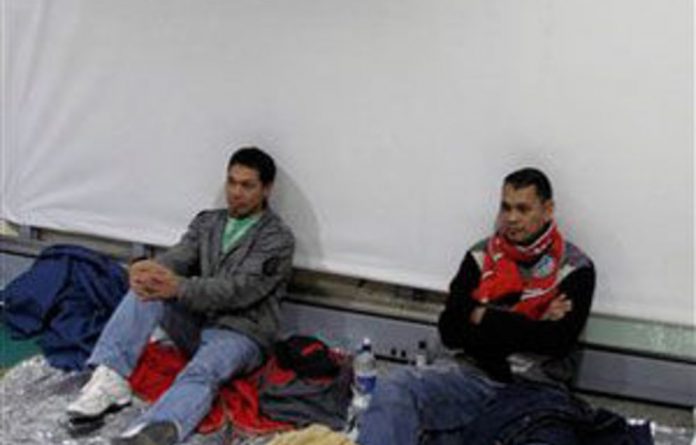 Snow and freezing temperatures continued to ground flights to and from Britain on Tuesday, with travellers hoping to get away for Christmas likely to suffer delays and cancellations for several more days.

British Airways said it expected to make a “significant number of cancellations” to its short-haul services from London’s Heathrow airport, which will again operate with just one of its two runways on Tuesday.

“Severe weather continues to cause significant disruption to our operation and will do so in the run up to Christmas,” the airline said in a statement on Tuesday. “Currently Heathrow has only one of its two runways operational and many areas of the airfield remain unusable, including areas around parked aircraft.”

Ferrovial-owned BAA, which operates Heathrow, said the airport’s south runway would remain closed on Tuesday, as on Monday, meaning the airport would be operating at significantly reduced capacity.

Thousands of passengers have been stranded at Heathrow, the world’s busiest international airport, for days as flights have been delayed and cancelled.

Arctic conditions have caused major disruption to operations since Saturday, with BA expecting the travel chaos to continue. The Met Office has issued severe weather warnings for most of the UK for the remainder of the week.

BAA said 27 flights had arrived at Heathrow and 10 had departed by 7.45am GMT on Tuesday — more than at the same point on Monday.

“BAA has confirmed a limited schedule of flights to and from the airport, at least until 6am on Wednesday 22 December,” BA said. “We have adjusted our schedule to fit with the capacity of the airport for both flight departures and arrivals.”

Night flights
The British government on Monday said it had relaxed regulations on night flights at Heathrow, allowing for arrivals until 1am GMT each day until Christmas.

The harsh winter weather has grounded flights across northern Europe for days.

Eurocontrol, the umbrella group for air-traffic control across 38 countries, said more than 22 000 flights across Europe were cancelled on Monday but that more services would likely operate on Tuesday.

London’s Gatwick Airport reopened at 6am GMT after closing overnight.

“We expect to operate the vast majority of our flights into and out of London Gatwick and London City, although some flights may be subject to delays,” BA added.

Analysts believe the freezing conditions are hitting BA’s profit by about £10-million a day.

‘Sowly returning to normal’
Meanwhile, South African Airways (SAA) plans to operate three flights out of South Africa on Tuesday after getting the go-ahead from Heathrow.

“Which means we are slowly returning back to normal,” said SAA spokesperson Fani Zulu.

Flights SA234 and SA236 out of OR Tambo International Airport in Johannesburg and SA220 out of Cape Town were scheduled to depart on Tuesday but the airline urged passengers to first confirm they were indeed booked on the flight before going to the airport.

“It’s been three days now where we had irregular operations and there might be a long waiting period before you can get confirmation.”

He said it would be a little slow clearing the backlog of the last few days, but said it was good news they could at least operate.

However, SAA’s flights out of Heathrow would be a “bit of a challenge” because one of their planes waiting at Heathrow was grounded for repairs as the freezing weather led to water in the pipes freezing and water pipes bursting.

The flight that did not leave on Monday night, was expected to leave on Tuesday morning.

On Tuesday night SAA can only operate one plane out of London, so the backlog there will remain.

The airline was hoping it would be back to normal on Wednesday.

In Germany, the airport at Frankfort was expected to reopen at noon, and SAA hoped to be able to move a plane that had been diverted to Munich, to Frankfort. — Reuters, Sapa