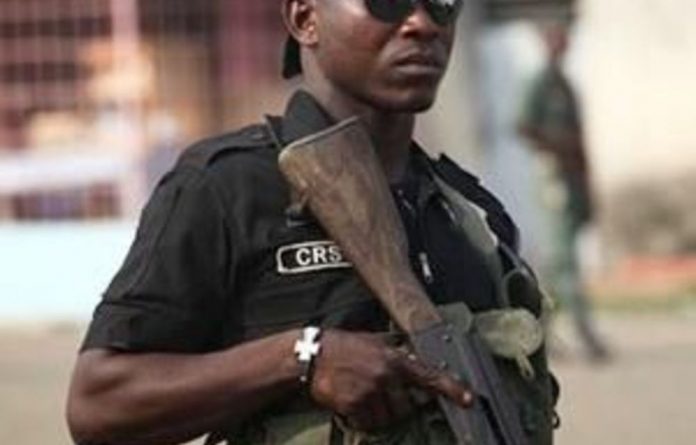 France asked its citizens to leave Côte d’Ivoire and the World Bank froze funding to the West African state on Wednesday, as a violent power struggle deepened between incumbent Laurent Gbagbo and his rival presidential claimant, Alassane Ouattara.

Gbagbo has refused to quit following a November 28 election that African countries and Western powers say he lost to Ouattara, in a dispute that has already killed 50 people and threatens to restart a civil war.

“We ask those who can to leave Côte d’Ivoire temporarily until the situation normalises,” French government spokesperson Francois Baroin told reporters in Paris. There are now about 13 000 French nationals in the former French colony.

Germany advised against travel to the country and urged any Germans there to leave, the foreign ministry in Berlin said.

“They have already been frozen,” Zoellick told reporters in Paris after a meeting with French President Nicolas Sarkozy.

The European Union and the United States have also imposed sanctions on Gbagbo and members of his inner circle in an attempt to force him to step down, and African countries have offered him a soft landing in exile.

But Gbagbo has shown no sign of caving in to the pressure and late on Tuesday invited an international committee to re-examine the results of the vote, a move that an Ouattara spokesperson dismissed as a delaying tactic.

“For the past five years he tried manoeuvres to postpone the elections. Finally we got there, he lost, and he doesn’t want to give up power,” Patrick Achi, a spokesperson for Ouattara’s rival government, told Reuters by telephone on Wednesday.

Nigeria, one of the countries that has offered Gbagbo exile, said on Tuesday it had evacuated all of its diplomats from Côte d’Ivoire after an attack on its embassy in Abidjan, and would also bring out its other citizens.

The turmoil in the world’s top producer of cocoa has boosted cocoa prices to recent four-month highs, disrupting export registrations and raising the spectre that fighting could block transport and shipping.

Hotel blockade
Provisional results from the poll showing Ouattara with an eight-point victory in the election were validated by the United Nations but overturned by Côte d’Ivoire’s top legal body, headed by a staunch Gbagbo ally, on grounds of alleged fraud.

The UN Security Council this week defied Gbagbo by extending the mandate of its 10 000-strong peacekeeping force, rejecting his request they leave.

The peacekeepers are protecting an Abidjan hotel where Ouattara has set up his headquarters and rival government, and UN Secretary General Ban Ki-moon has accused Gbagbo’s forces of trying to blockade it.

The election, delayed repeatedly since 2005, was meant to reunite the country following a 2002 to 2003 civil war that split it into a rebel-held north and a government-controlled south. But it has instead deepened divisions.

Gun battles briefly broke out last week between government soldiers and the rebels who now back Ouattara.

The turmoil has sent food prices in Abidjan shooting higher, has choked transport, and has led many shops to close. — Reuters