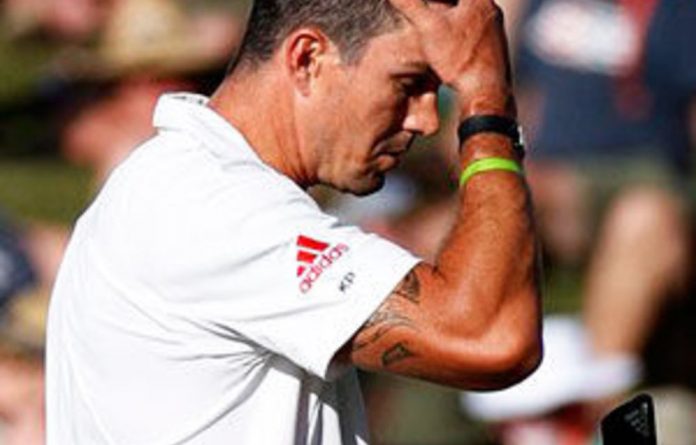 Pietersen said he had faced some “pretty big verbal contests” during England’s last tour of Australia, when the legendary bowlers were still playing, but had seen nothing unusual in this year’s Tests.

Both teams have acknowledged raised temperatures during the home team’s series-levelling win in Perth, with England’s James Anderson and Matthew Prior in the thick of it along with Australia’s Mitchell Johnson and Peter Siddle.

“Blokes get a bit of red mist occasionally. You’re allowed to do that on both teams. You’re playing for a little urn. It’s historic. It’s huge. But there’s nothing that’s been overboard.”

Australia had not won a Test since July until they wrapped up the big 267-run win on Sunday in a performance marked by a return to their traditional aggression. The series is poised 1-1 going into Sunday’s penultimate Test.

Australia were ordered to tone down their sledging after the notorious 2008 Sydney Test against India, when alleged racial remarks prompted an angry public backlash against a team dubbed the “Unloveables”.

‘The team’s performance has been affected’
But Australian Cricketers’ Association chief executive Paul Marsh said the softer approach had hindered the side, which was toppled from the top Test ranking last year and has since fallen as low as fifth.

“I think there’s no doubt the team’s performance has been affected,” Marsh told the Sydney Morning Herald.

“Hard aggressive cricket is in the Australian team’s DNA and unfortunately the players started second-guessing their natural instincts in the heat of battle for fear of reprisal from CA [Cricket Australia] or a public backlash from the vocal minority.”

Cricket Australia spokesperson Peter Young admitted that the team went through a “period of introspection” after the 2008 backlash.

“But the public has consistently told us since then, through three years of research, that they are totally comfortable with on-field aggression as long as it is hard but fair cricket,” he told the Herald.

“What the public saw in Perth, from my understanding of the public mood, was completely acceptable.”

Meanwhile, Pietersen was also confident that England spearhead Anderson would be fit for the hotly anticipated Boxing Day Test despite a side strain.

Cricket Australia says 91 000 people could pack the cavernous Melbourne Cricket Ground for day one on Sunday, outstripping the 90 800 who flocked there in 1961 for the fifth Test against the West Indies. — AFP