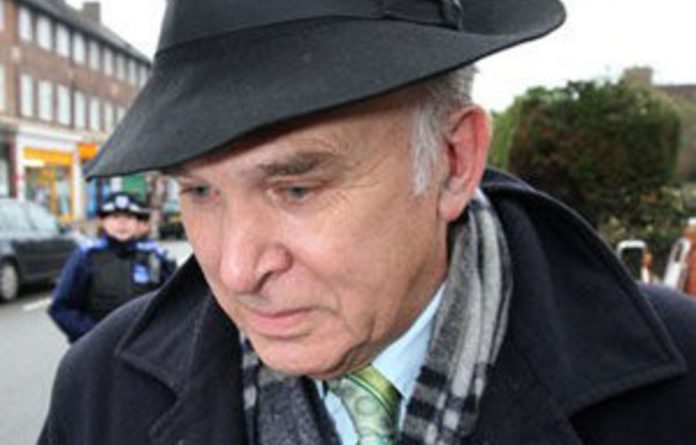 Britain’s coalition government was hit by fresh evidence of internal tensions on Thursday from a newspaper sting that has already caused a major row over a minister’s unguarded remarks about Rupert Murdoch.

The Daily Telegraph published new remarks by Liberal Democrats (Lib Dems) serving in Prime Minister David Cameron’s Conservative-led government, in which they openly question the premier’s sincerity and say he cannot be trusted.

The Minister for Care Services, Paul Burstow, was quoted as saying: “I don’t want you to trust David Cameron,” while Local Government Minister Andrew Stunell said he did not know where Cameron stood on the “sincerity monitor”.

They were speaking to undercover reporters in a newspaper sting that has already caught out Lib Dem business secretary Vince Cable and caused a major political row this week.

Cable told two female reporters posing as constituents that he had “declared war” on Murdoch over a bid by the media mogul’s News Corporation to take control of pay TV company BSkyB.

The remarks emerged as British regulators mull the takeover deal, and caused Cameron to remove Cable from any role in reviewing the bid. The prime minister also stripped him of powers over media, telecom and broadcasting firms.

In the same sting, Cable was also recorded threatening to “bring the government down” if the centre-left Lib Dems were forced to compromise too much with the centre-right Tories.

Cable is one of the Lib Dems’s few well-known personalities but has also been viewed as one of the coalition’s unhappiest members because of the compromises his party has been asked to make in power.

Lib Dem leader Nick Clegg, the deputy prime minister, has tried to smooth things over, saying that Cable’s remarks and any other complaints by Lib Dems are a normal part of coalition politics.

Pressure
Although he said Cable’s comments were “very unfortunate”, Clegg said: “I think now Vince and the government can move on and that is the end of it.”

He added that it was no surprise that “there are differences of opinion in a coalition, as there are indeed in all governments.”

Cameron backed his efforts, telling reporters: “Look at the bigger picture — this government is delivering in terms of the real problems the country faces.”

However, the fresh evidence of divisions will only add to the pressure on the government.

Labour leader Ed Miliband said on Wednesday that the revelations showed the coalition, which formed after a general election in May, was “a sham”.

News Corporation’s bid for the 61% of BSkyB that it does not already own was approved by EU regulators this week and, after being taken away from Cable, it will now be scrutinised by Culture Minister Jeremy Hunt.

Hunt has indicated he is broadly supportive, raising questions about whether he is biased in an opposite direction to Cable. However, senior civil servant Gus O’Donnell insisted the minister had not pre-judged the issue.

Some Conservatives, a number of whom had doubts about the coalition from the start, said Cable should have been sacked and he was only saved because the government could not survive the departure of such a senior figure.

“When we get into the new year, the prime minister will have to assess whether propping up the Liberal Democrats is in the long-term best interests of the Conservative Party and the country,” MP Christopher Chope told the BBC. — AFP