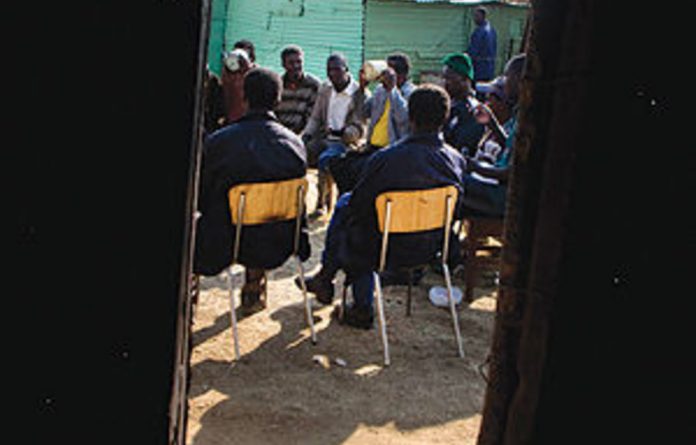 It’s the silly season. For some odd reason, when we were growing up, adults referred to this time of year as “the big days”.

I never understood why but I could only extrapolate that it meant it was a time when people went big on everything. Big on food, toys, booze. You went big or, well, you went home. Little has changed then since childhood. To celebrate the “big days” people still, it seems, either go big or go home.

Signs of this are clear everywhere at many of Johannesburg’s nightspots. Not to be outdone by Kenny Kunene and his sushi-loving ways, the trend of over-the-top lavishness can be seen at many of Rosebank’s teeming clubs where many people gather for year-end parties.

I was at one such party last week where in order to secure a table, it seemed, you had to buy a bottle of expensive French Champagne, which this particular venue retails for three times the price you would pay at a liquor store. Once you are seated, the champagne arrives at your table with great aplomb and style (if that’s the sort of thing you are into).

The waiter plunks a little sparkler into the top of the corked bottle, which shimmers, crackles and burns as he makes his way all the way from the bar to your table. That way everyone can see who the recipient of the pricey drink is.

There are those who will look around just to make sure you’ve witnessed this spectacle so you can attest to the fact that, yes, they are among the lucky few, the upwardly mobile with money to burn.

There are others who cough and choke over the fumes of the sparkler, begging the waiter to please extinguish it as soon as the ice bucket arrives at the table, clearly embarrassed by the fanfare. It’s at times like this that I’m reminded that Johannesburg is a mining town. All flash. It attracts those who came for quick fortunes.

This is why its many inhabitants flee it so readily when it’s the “big days”. Tired of keeping up with the Khumalos, they go home. Exhausted with the showiness of the city. Its glamour and bling.

Many decamp to their rural homes en masse. Those 4×4 vehicles that are generally used to transport people around the city finally get to be used in the terrain they were meant for, on the dirt roads of Limpopo, KwaZulu-Natal and the Eastern Cape. These cars are usually crammed with enough goodies to feed the entire village. This is indeed the point.

Take President Jacob Zuma, for example. He will be at his home in Nkandla with his family. Cosatu’s Zwelinzima Vavi will be at the family homestead in Sada in the Eastern Cape. So too, perhaps, will two politicians, who I’m sure will really need to take a break given that they’ve been silly all year long – Cope’s Mbhazima Shilowa and Mosiuoa Lekota. I wonder where their family hideouts are.

The beauty of these rural Christmas getaways is that it’s the only time most family members get to see each other the whole year. It throws together relatives from all corners of the country, the well-to-do city types with the rural folk. For a blissful week, English is abandoned as a means of communication as people chatter in their vernacular language. It is the city folk who are expected to provide most of the goodies, be it food, drinks or gifts for the locals.

Most of all there must be enough meat for a feast. Which means several animals will be slaughtered over the duration of the “big days”. I’ve always had a great affinity for this kind of holiday; it makes one feel rooted.

There is stillness and slowness of pace to the days, which makes you feel whole again. After several days of this eating and drinking, you leave home with a fat tummy and a happy heart.

It’s a reminder not to lose ourselves in the city and its crass mining-town ways.