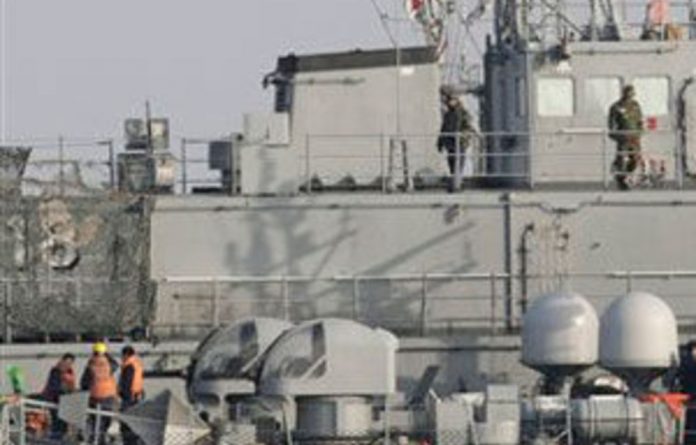 North Korea criticised major land and sea military exercises staged by the South on Thursday, but stopped short of threatening a retaliatory strike as tension remained high on the divided peninsula.

In a show of military might, South Korea held a major land drill in the Pocheon region, between Seoul and the heavily armed demilitarised zone (DMZ) separating the two Koreas. It also continued naval live-fire exercises 100km south of the maritime border with North Korea.

In a rare visit to the frontline, South Korean President Lee Myung-bak visited a separate military unit near the border to inspect defensive readiness against Pyongyang.

The drill, involving a larger scale of firepower and personnel than usual for an exercise at the army training ground, is an indication that Lee wants to show the public Seoul can stand up to the North.

The tanks charged across the valley and artillery shots echoed as helicopters hovered overhead, firing rockets at targets. Fighter jets dropped explosives into the valley, creating plumes of smoke.

“[South Korea] is trying to hide the provocative nature toward the North of the war exercises,” Pyongyang’s official KCNA news agency said in a comment, calling the drills “madcap” and “offensive”. The South Korean Army is making no secret that the drill is aimed at displaying its firepower to its neighbour.

“We are facing a crisis because of North Korea, so I came to see this air and ground operation. I want to feel and see the level of South Korea’s armed forces,” said Kim Tae-dong, a 70-year-old internet businessman, in Pocheon.

“Another North Korean provocation will happen. We should prepare our military perfectly for that.” — Reuters