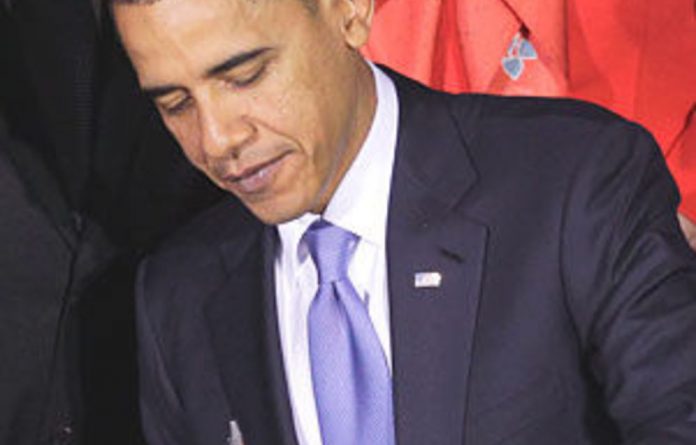 It may have ended in a lame-duck session with Democrats set to lose their majority in January, but the first US Congress of the Obama era was among the most prolific in 40 years, overcoming intense partisan bickering to pass major legislation.

The accomplishments were anything but lame in the post-election period, according to analysts and even some of President Barack Obama’s Republican adversaries who begrudged him key victories in late 2010, including a nuclear arms reduction treaty with Russia and repeal of a ban on openly gay troops.

Having described his Democrats’s drubbing at the ballot box in November as a “shellacking”, the president headed to a Hawaii vacation this week on a high, savouring the latest in a litany of legislative victories that marked his first two years in office.

“The 111th Congress is one of the most productive Congresses in American history, certainly since Lyndon Johnson’s ‘Great Society’ and the programmes that were passed in the mid-1960s,” Stephen Hess, an expert on American politics at the Brookings Institution think-tank in Washington, told Agence France-Presse.

“History will tell over time the value of what [Congress has done] but in terms of sheer production it is really an exceptional record.”

Economic crisis
It began in January 2009, when a fresh president put forward a comprehensive plan to revive a US economy hit by the worst crisis since the 1930s. One month later, politicians passed a massive $814-billion stimulus package.

Then in early 2010, after months of negotiations with an entrenched Republican opposition, Congress adopted health insurance reform. Shortly after, a major reform of financial regulation was adopted to counter a Wall Street meltdown.

But Hess said equating the “Great Society” to the Bills of the 111th Congress was like “comparing apples to oranges”. The legislature under Johnson (1963-1969) created the Medicare health insurance programme for the elderly and Medicaid (for the poor), and passed momentous civil rights laws ending racial segregation.

For John Pitney, a political science professor at Claremont McKenna College, the first Obama Congress was “perhaps not quite at the same level [as Johnson’s] but certainly in the same category in terms of sheer productivity.

But his congressional conquests have stuttered, when unemployment rose past the 10% mark and the upstart ultra-conservative Tea Party movement galvanised American voters frustrated over the economy and Washington.

That carried over into mounting disaffection for Obama, whose party suffered a thrashing at the mid-term elections on November 2.

And yet despite that defeat, the Democrats, who in January pass control of the House to Republicans while keeping a diminished majority in the Senate, rallied in the eight-week lame duck session that marks the period before a shift in congressional power.

Within a few weeks, Congress managed to extend temporary Bush-era tax cuts, end the “Don’t Ask, Don’t Tell” rule to allow gay people to serve openly in the military for the first time and, on the final day of the session, ratify the new Start nuclear disarmament treaty with Russia.

Obama was beaming on Wednesday, highlighting his own persistence — “If I believe in something strongly, I stay on it” — and the bipartisan compromise that allowed the laws to squeeze through.

“I think it’s fair to say that this has been the most productive post-election period we’ve had in decades,” Obama said.

Impressed
Even some political adversaries were impressed. Senator Lindsey Graham said his fellow Republicans “capitulated” to Democratic pressure, but in the end the lawmaker took his hat off to Obama and Senate Majority Leader Harry Reid.

“When people say President Obama had a great two weeks, they’re absolutely right,” Graham told Fox News Radio. “Even though I don’t like what happened, I do give them credit.”

In 2011, the Republicans in the 112th Congress will be looking to blunt some of the Democratic progress, and they’ll start by wielding a sharp budget axe.

Obsessed with controlling runaway expenditures, Republicans have vowed to conduct intense administrative oversight, and slash $100-billion from the next budget. — AFP