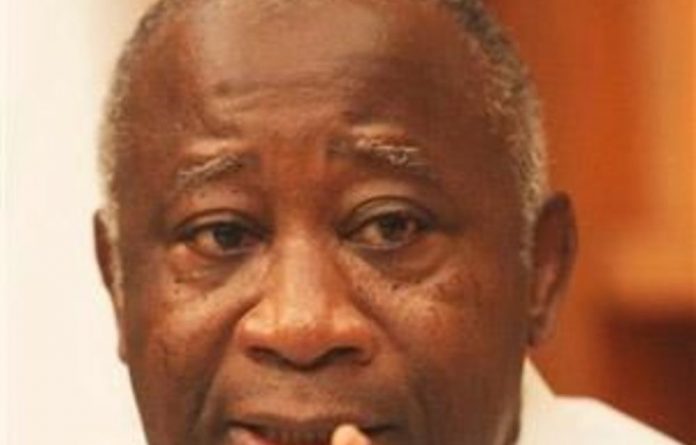 A trio of West African leaders tried Tuesday to persuade Côte d’Ivoire’s strongman Laurent Gbagbo to stand down, brandishing the threat of force if he refuses to cede power to rival Alassane Ouattara.

The leaders of Benin, Cape Verde and Sierra Leone went to the presidential palace, warning that troops from around the region could be sent to topple Gbagbo from the helm of the world’s top cocoa producer if he remains defiant.

Presidents Boni Yayi of Benin, Ernest Koroma of Sierra Leone and Pedro Pires of Cape Verde first met with the head of the United Nations mission in Côte d’Ivoire, Choi Young-jin, before their meeting with Gbagbo.

Although the three men did not speak to reporters in Abidjan, Benin’s Foreign Minister Jean Marie Ehouzou said the aim of their mission was to persuade Gbagbo “to leave office without delay”.

The three are not Gbagbo’s fiercest critics within the Economic Community of West African States (ECOWAS), a regional bloc, but are armed with a resolution demanding he cede power signed by more powerful figures such as Nigerian President Goodluck Jonathan.

There seems little chance of Gbagbo backing down, however, as he continues to insist he is the legally elected leader of Côte d’Ivoire and has warned that ECOWAS’ threat of military action could plunge the region into war.

Speaking to reporters before he flew out of Cape Verde, Pires said there had so far been no real attempt to reach a lasting solution to the crisis.

“For the time being I do not see any attempt towards resolving the conflict in a sustainable manner. Instead, I see that all approaches are aimed at satisfying immediate interests,” Pires said.

“I am very concerned because the perception I have is that Côte d’Ivoire is slipping towards a very complicated situation.”

The visit comes the day after Gbagbo appeared to have seen off one challenge when a general strike call was slow to take effect, but suffered a setback when his Paris embassy fell to supporters of Ouattara. The embassy was closed “until further notice” on Tuesday.

Both Gbagbo and his long-time rival claim to have won last month’s election, and both have had themselves declared president, but Ouattara has been recognised as the president by UN vote monitors and world powers.

Ouattara, who is besieged in his headquarters hotel and protected by UN peacekeepers, had urged workers to down tools across the country from Monday and to stay on strike until Gbagbo falls.

Busy as ever
At first, the sprawling commercial capital Abidjan, one of West Africa’s biggest ports and the key to controlling the country, was as busy as ever, its streets snarled with traffic jams and its markets packed with shoppers.

But later in the day, when word of the strike call began to spread, there was disruption to public transport and makeshift barricades sprung up in some districts.

On Tuesday it was a similar story, with no complete shutdown, but thinner traffic and a climate of tension. Most businesses were open, but in some districts nervous shopkeepers closed their shutters.

In a blow to Gbagbo, the African Union named Kenya’s Prime Minister Raila Odinga as its pointman for efforts to resolve the crisis.

Odinga has been hawkish on the crisis, and was the first African leader to call for military action against Gbagbo.

The AU has also called on Gbagbo to go, leaving him almost totally isolated, with only Angola publicly backing its ally.

Gbagbo’s forces remain firmly in charge in Abidjan, where they have been accused of carrying out killings in pro-Ouattara areas.

Ouattara’s shadow government is under siege in an Abidjan resort, protected by 800 UN peacekeepers, but unable to move beyond the grounds.

According to UN officials, at least 173 people have been killed since the November 28 poll while some 14 000 Ivorians have fled to neighbouring Liberia. — Sapa-AFP

Alassane Ouattara has finally committed to stepping down after his second term, but leaves behind a dangerous legacy for the region
Read more
Africa

Meant to tackle international crimes, the court has only convicted three individuals in 20 years
Read more
Advertising
Continue to the category
National