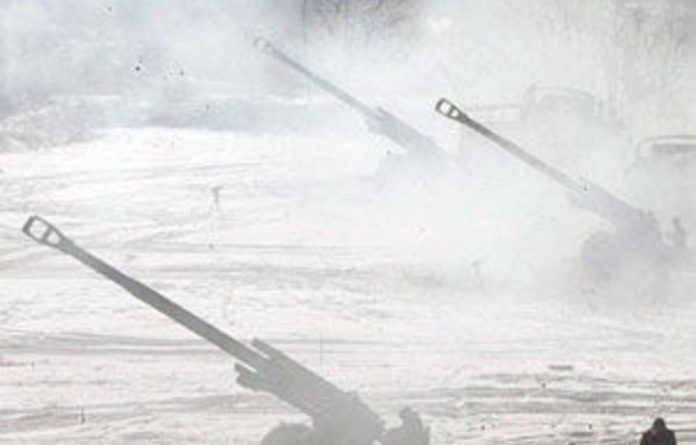 South Korea said on Monday it was open to dialogue with Pyongyang if the North was ready to dismantle its nuclear facilities, as the United States. envoy for North Korea prepared to travel to the region to discuss how to reduce tensions.

North Korea has also signalled a willingness for dialogue after a year of confrontation that included the sinking of a South Korean ship in March, killing 46 sailors, a deadly exchange of artillery fire in November, and threats of war that rattled global markets.

But a breakthrough may prove elusive with both Seoul and Washington saying that before they head back to the negotiating table they want to see proof of North Korea’s seriousness to eventually disarm — something a number of analysts do not believe Pyongyang would ever do.

In a New Year address, South Korean President Lee Myung-bak repeated a warning that Pyongyang will be dealt a “stern and strong” blow if it chooses to mount another attack on the South.

Urging dialogue
The comments came two days after the North, which wants to be recognised as a nuclear power, called for an end to confrontation, urging dialogue after one of the most violent years on the divided peninsula since the 1950 to 1953 Korean War.

“I remind the North that the path to peace is still open. The door for dialogue is still open,” Lee said. But he added: “Nuclear weapons and military adventurism must be discarded. The North must work toward peace and cooperation not just with rhetoric but also with action.”

Some analysts said that despite doubts any meeting would be soon, momentum does seems to be building for a possible resumption of long-postponed six-party talks between the two Koreas, China, Japan, Russia and the United States.

“In what is a sharp contrast to before, it is South Korea, along with Japan, that’s the most sceptical about the six-way process,” said Baek Seung-joo of the Korea Institute for Defence Analyses. “But the government recognises that the only realistic channel of dialogue with the North is the six-party talks.”

Scott Snyder at the Asia Foundation said Seoul’s call for dialogue may be linked to a meeting of the Chinese and US presidents later this month.

“But the policy itself has not changed, and the expectations for what North Korea would have to do to come back to talks have not changed.” — Reuters