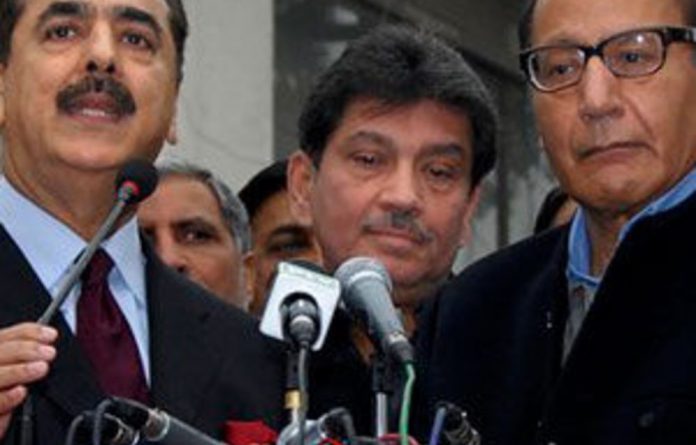 Pakistan’s Prime Minister Yusuf Raza Gilani and his minority government is likely to survive after the main opposition group said on Tuesday it would not push for a no-confidence vote, but without support of a partner which quit at the weekend, will struggle to enact policies.

The Pakistan Muslim League (PML-N), led by former Prime Minister Nawaz Sharif, said it would not demand a vote of no confidence in Gilani because to do so would exacerbate instability in the country, the party said.

Coalition partner the MQM pulled out of the US-backed administration over fuel price policies, leaving the government, which is trying to strengthen the economy, ease poverty and tackle militancy, without a majority.

PML-N spokesperson Ahsan Iqbal said “at the moment, a no-confidence vote does not look like a possibility”.

Despite Tuesday’s reprieve, analysts do not expect Gilani to serve out his term, which ends in 2013.

“The government may survive for some time but it can’t continue indefinitely in this state,” said Hasan Askari Rizvi. “It has to muster support. The opposition will continue to embarrass it and paralyse it.”

The second biggest opposition party, the Pakistan Muslim League headed by Chaudhry Shujaat Hussain (PML-Q) is not pushing for a no-confidence vote either, party officials said.

PML-N leaders were due to hold talks on Tuesday on the party’s response to the political turmoil in Pakistan, which Washington sees as indispensable in the fight against militancy.

Early election?
Rather than demanding a vote of no confidence, the PML-N and other opposition parties may prefer to wear down a weak prime minister by steps such as blocking legislation and even street protests to force a call for an early election.

Sharif is one of Pakistan’s most popular politicians.

“The opposition will want this government to collapse rather then they moving against it. All opposition parties will pounce on Gilani in the Parliament,” said analyst Rizvi.

Pressure is building from outside as well.

Gilani’s government must meet the demands of the International Monetary Fund, which has been propping up Pakistan’s economy with an $11-billion loan agreed in November of 2008.

Even before the latest setback, the government faced opposition from almost all political parties to its bid to implement a reformed general sales tax (RGST) — a key condition for the release of a sixth IMF tranche.

Pakistan Taliban militants may also seize on Gilani’s vulnerability by stepping up its violent campaign of bombings designed to destabilise the government.

The upheaval coincides with increased US pressure on Pakistan to hunt down Islamist militant groups to help it turn around the faltering war in Afghanistan. – Reuters