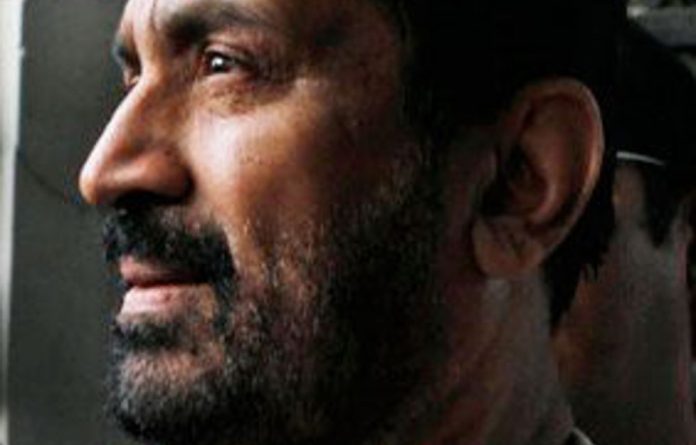 Indian police on Wednesday questioned the top organiser of the Delhi Commonwealth Games as part of a widening corruption probe into the tainted October event.

Suresh Kalmadi arrived mid-morning at the headquarters of the Central Bureau of Investigation (CBI) in New Delhi, where detectives quizzed him over suspect contracts for most of the day.

The Games, which were marred by venue delays and poor organisation, were also hit by claims of massive financial irregularities as the budget ballooned to an estimated $6-billion.

In late December police raided several residences used by Kalmadi, leading to criticism that the CBI had waited too long to gather evidence.

The CBI has also complained to the government that Kalmadi and his closest aide, Lalit Bhanot, were obstructing their investigation.

He was booed at the opening and closing ceremonies of the Games after becoming the public face for the organisational fiasco that caused India acute embarrassment on the international stage.

“I am ready for any investigation on any issue,” he said after his homes were raided on December 24. “I am not running away. I am innocent till proven guilty.”

Neither the police nor those close to Kalmadi would comment on Wednesday on his lengthy interview with the CBI.

Police have questioned a number of senior Games officials, including Bhanot, and have charged three lower-ranking officials.

The case is politically sensitive because of Kalmadi’s membership of the ruling Congress party, which is fighting corruption scandals on numerous fronts but has pledged to bring the guilty to justice.

Kalmadi was stripped of his senior position as a secretary of the party in November, but he still represents Congress in his home constituency of Pune in western India in the lower house of Parliament.

Anti-corruption body Transparency International described the police action against Kalmadi as “too little and too late”.

“This government is under so much pressure due to the scandals and corruption plaguing it that it wants to be seen to be taking some action,” said Anupama Jha, executive director of the Indian chapter of Transparency. “If the government was serious on weeding out corruption from the Games then it should have taken action much earlier,” she said.

The police probe has so far focused on contracts awarded for a ceremony in London to mark the start of the baton rally, which saw a Games baton travel across participating nations.

The CBI has also charged sports timing company Swiss Timing, which has worked on a host of Olympic and Commonwealth Games, over alleged kickbacks contained in a contract it won to provide the official timing for events.

The national anti-corruption watchdog, the Central Vigilance Commission (CVC), has received complaints alleging up to $1,8-billion of Games money was misappropriated.

An initial report by the CVC into the Games confirmed the use of sub-standard construction materials in a host of Games-related building contracts and deliberate cost overruns.

Influential in sporting circles
Prime Minister Manmohan Singh, whose reputation for probity is on the line over his handling of recent party corruption cases, set up a panel after the Games concluded to investigate graft claims.

It is expected to deliver its preliminary report later this month.

The October 3 to 14 Commonwealth Games brought together athletes from 71 countries and territories, mostly from the former British empire.

As well as his political connections, Kalmadi is influential in sporting circles.

He served as head of the Athletics Federation of India from 1989 to 2006 and has been president of the Indian Olympic Association since 1996. — AFP