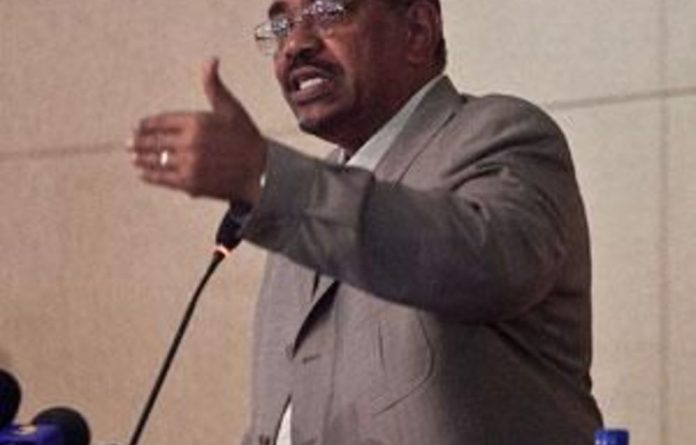 South Sudanese go to the polls on Sunday in a referendum that marks the culmination of decades of war and six years of peace, and which could see the mostly Christian south break from historical domination by the Muslim north.

Mbeki, speaking at a function at the University of Khartoum on Wednesday, said that al-Bashir (67) — who was indicted in the International Criminal Court (ICC) for alleged war crimes in Darfur in 2009 — had accepted the secession referendum in a graceful, generous and humane manner.

Belgian photojournalist Cedric Gerbehaye of the prestigious VU Photo Agency travelled to South Sudan ahead of the watershed January 9 referendum. There he visited Médecins sans Frontières clinics and documented the humanitarian situation, which remains dire, even as hope for positive change surges through the war-torn country.

“There is no greater test of statesmanship than to accept, in a graceful, generous and humane manner, the decision of those of your people who have the opportunity to choose secession,” said Mbeki, who chaired a committee to investigate human rights violations in Darfur and to mediate between the ICC and Sudan.

“We are very mindful of the sacrifices the political leaders of Sudan have to make, even in terms of their personal lives, to play their roles as change agents for the creation of a new reality which portends a future of hope, happiness and a better life for all the people of Sudan.”

About 3,9-million southerners, mostly living in the south, but with others in the north and abroad, have registered to vote in the referendum.

The predominantly Arab north and largely black south have shared a violent history, from the days of slavery through to the colonial period until now.

Religious differences and the concentration of power in Khartoum have been key factors behind the fighting since independence in 1956.

Between 1920 and 1947, the British colonial rulers administered the two regions separately, limiting the movement of people between them and encouraging Christian missionary work and English in the south.

The first north-south civil war broke out several months before independence and lasted until 1972. The southerners took up arms again in 1983 and finally signed a peace deal with Khartoum in 2005 that guaranteed them a referendum on their future six years later.

“What we would like to say to you in this regard is that we are convinced that regardless of the outcome of the referendum, you and all of us should value it as a decisive moment which gives Sudan the historic possibility to make a new beginning, a new start towards a future of hope, peace and a better life for all the people of Sudan,” he said.

Mbeki said “the concept of the construction of two viable states” meant that the two governments would work together to ensure that each state was economically viable, secure and stable and had territorial integrity.

“The two governments will take all necessary measures to ensure that southerners resident in the North and northerners in the South are not adversely affected by the separation in terms of their socio-economic rights. Among other things, this means that nobody will be rendered stateless.”

Al-Bashir, who is wanted on allegations of genocide and other atrocities committed in Sudan’s western Darfur region, has promised to maintain strong economic ties with the mainly Christian South should its people choose to secede.

Al-Bashir, on a visit to the southern capital Juba on Tuesday, said he would celebrate the results of the referendum even if the south chooses to secede, and pledged last week to help build a secure, stable and “brotherly” southern state if it votes for independence.

“The speech by President al-Bashir here [December 31], as well as his comments in Juba yesterday [Tuesday], are extremely encouraging,” Kerry said after talks in Khartoum with influential presidential adviser Ghazi Salaheddine.

“They’re very positive, very constructive, and I think it sets a good stage for the events that begin in the next days,” the US senator told reporters.

Economic challenges
Sudan faces huge economic problems, including soaring inflation, caused by the sharp devaluation of the Sudanese pound over the past three months, and large external debts, which could intensify if the oil-rich south breaks away.

“Obviously there are huge economic challenges [in Sudan] and that’s something that we discussed today,” Kerry said on Wednesday, without elaborating.

Asked whether the US was offering Sudan any new incentives to help it confront those economic challenges, Salaheddine said nothing concrete had yet been proposed. — Sapa, AFP