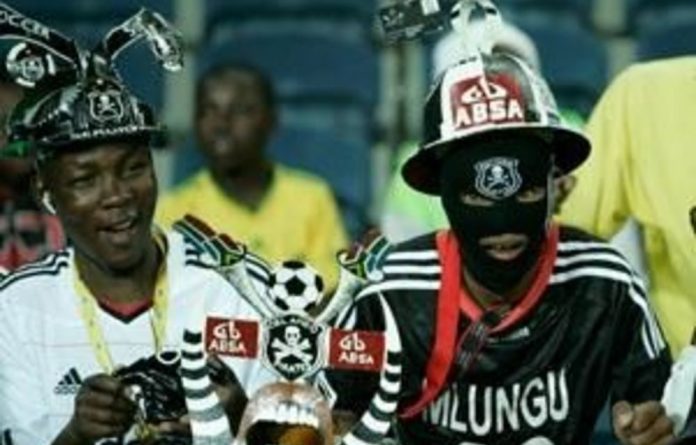 Orlando Pirates head coach Ruud Krol has set his side a target this season of qualifying for the African Champions League in 2012.

To achieve that the Buccaneers will have to either win the Absa Premiership or finish runners-up at the end of this season in order to qualify for the competition.

“Our target is to qualify for Africa and win it. We have the squad, the depth and talent to achieve this,” said Bucs spokesperson Mickey Modisane.

“We want to emulate the class of 1995, who won the African Champions Cup.”

The Buccaneers are the only side in Southern Africa to lift the continent’s biggest club prize.

Defying the odds
Pirates defied the odds in 1995 when they won the old African Champions Cup, the forerunner of the newly formed Champions League, by defeating Ivorian giants Asec Abidjan over two legs in the final.

The first leg ended 2-2 at the FNB Stadium. Bucs’ ace striker Jerry Sikhosana then scored the only goal in the second leg in front of a capacity crowd in Côte d’Ivoire on a sunny December afternoon.

Bucs ended 2010 in a healthy position after winning the MTN8 trophy, the club’s first knockout triumph in a decade, and are poised to challenge Downs and second-placed Kaizer Chiefs for the title. Amakhosi, who play Downs at the FNB Stadium on Saturday (3.30pm), are one point ahead of their Soweto arch-rivals.

Bucs are not planning to delve into the transfer market in January.

“The coach will be meeting with the chairperson [Irvin Khoza] to discuss the squad, but there are no immediate plans to buy new players as we have done well with the squad so far this season,” explained Modisane.

“We have a lot of depth — some of which still have to be tested, but a decision on any new players will be made by the chairperson and coach.”

Pirates are wary of a SuperSport side that are down on their luck and have slumped to 13th position in the 16-team league.

“We know they will be trying to get revenge for the 3-0 defeat we inflicted on them in the MTN8 in 2010, but we can repeat that feat in the league,” explained Modisane. “We realise SuperSport are struggling but we have no sympathy for their plight. We have our goals and targets and we need three points to keep on course.”

Pirates are still minus winger Dikgang Mabalane, who has been out for six weeks with a leg injury and is not expected back in action soon.

“We cannot achieve anything without our loyal fans.”

Fernandez will replace Wayne Brown in goal while Booysen replaces Bongani Khumalo, who is on his way to London to play for English Premiership outfit Tottenham Hotspur.

Hunt stated he has no plans at this stage to sign former Bafana Bafana centreback Mbulelo “OJ” Mabizela from Platinum Stars. — Sapa