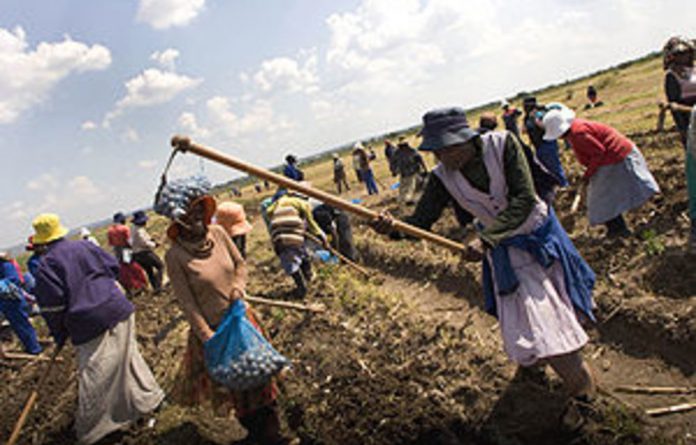 One of South Africa’s most controversial post-apartheid land laws may be tightened to make it harder for farmers to evict farm workers, creating yet another flashpoint between organised agriculture and the government.

Commercial farmers are digging in their heels against the proposed new law, arguing it is unfair that agriculture is the only sector that is required to house workers.

Against this, activists point out that it is the only sector in which housing and employment are linked. They believe the Bill could be the first step in giving greater protection to vulnerable employees.

The draft law seeks to plug loopholes in the Extension of Security of Tenure Act of 1997 and the Land Reform (Labour Tenants) Act of 1996, which have come under heavy fire.

The Bill states that if farmers cut off basic services to farm tenants, prevent them from owning livestock when they previously owned animals, or interfere with their cultural practices, this is deemed an eviction. Disabled people, pensioners or workers resident on the land for more than 10 years cannot be evicted.

The process
Farmers wishing to evict would have to follow an extensive process involving consultation with all parties, demonstrating how the land will be used in future, providing a “reasonable” eviction notice and ensuring that evictions do not take place in bad weather or at night.

Farmers would also be required to have government representatives present when trying to evict a community and would have to inform the director general and the municipality about an eviction, for which a court order would be required.

Access would need to be provided to legal services if human rights were violated and the minister may offer legal representation to those threatened or affected by evictions.

The Bill gives Nkwinti the authority to establish agri-villages where farmworkers can be moved, but it is unclear who will fund them, where they would be located and the conditions under which workers would be moved to them.

Commenting on the Bill, the rural development and land reform department said “subsequent internal reviews of both [earlier] pieces of legislation have shown some weakness at interpretation, enforcement and general implementation levels”.

Concerns
AgriSA’s vice-president, Theo de Jager, said he was suspicious that the Bill was published shortly before Christmas, adding that the organisation had many questions about its provisions.

AgriSA estimates that about 2,8-million people live on farms and that there are about 40 000 commercial farmers. De Jager said this meant each farmer had to house 70 people, which was unsustainable for small to medium-sized businesses.

Another Limpopo farmer in the Soutpansberg area said the government was shifting its responsibility to farmers to provide housing and basic services. “I run a business — unfortunately, I am not a charity,” he said.

Critics said that agri-villages, which would have schools and clinics, could give rise to rural shantytowns. However, farm workers and their representatives believe the new Bill will give them protection against being thrown out on the street.

At the farm workers’ summit in Somerset West last August, farm dwellers said problems they face include little access to lawyers to fight evictions and having their water cut off by farmers.

“We live by the mercy of our employers,” a farm worker from Grabouw said. “We need stronger protection from the law and government.”

One of the Bill’s most notable changes is the establishment of the Land Rights Management Board to resolve disputes, oversee land rights and manage agri-villages. It would be able to buy land for resettlement.

Speaking at an agricultural summit in Midrand in December, Nkwinti said the board would support agri-villages, which aimed to provide tenure security, sustainable human settlement and food production.