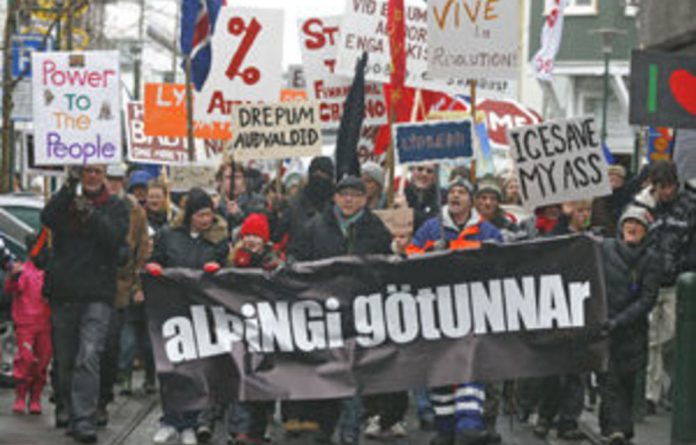 Economic decline does not have to be a permanent condition. We focus on five economies that rebounded from the edge of collapse in the 1990s and 2000s.

Thailand
Thirteen years on from the Asian financial crisis, it seems there is nothing that can stop the Thai economy: not violent protests on the streets of Bangkok, not crippling floods, not regulatory concerns over the country’s largest industrial zone.

Thailand’s economy, southeast Asia’s second largest, is predicted to grow by 7,9% this year on the back of booming exports. In 1997 the picture was very different. The Asian Financial Crisis started in Thailand and it was the economy to fall furthest. The stock market dropped by 75%.

The crisis was sparked by a collapse in the value of the Thai baht and a disastrous currency float, which exposed an economy overstretched by real estate and foreign debt. In June of 1997 $1 was worth 25 Thai baht. Six months later that same dollar bought 54 baht.

In August 1997 Thailand accepted a $17,2-billion bailout from the International Monetary Fund (IMF), subject to a number of conditions. A year after the crash, only 35 out of 91 finance and securities companies were left in Thailand.

Hundreds of senior executives were fired and the shares of the companies that remained were decreased to 1/1000th of their value. Some 1,8-million jobs were lost and 500 000 foreign workers left the country.

But according to Dr Bhanupong Nidhiprabha, associate professor of economics at Bangkok’s Thammasat University, Thailand had distinct advantages to help it fight back: its own (then seriously depressed) currency, which boosted export demand, and a growing worldwide market.

“The rest of the world were all expanding their economies, so we were able to export our way out of recession. I don’t know if it will be so easy for Ireland,” said Nidhiprabha. — Ben Doherty, Bangkok

Russia
A fall in global commodities prices — in particular oil and gas — was a key reason Russia defaulted on its domestic debt in 1998. The Asian financial crisis the previous year had sent shockwaves around the world. Russia, so dependent on hydrocarbons, metals and timber, went tumbling.

Foreign debt soared. On the edge of an abyss, the government fought to survive with a flurry of bond issues at ever-increasing interest rates, finally provoking the crash in August.

The results were dramatic. Almost all private banks imploded. The rouble was devalued by 75%. Millions of people lost their savings, wages went unpaid for months and food shortages — so familiar from the years of perestroika — came back to haunt the population.

Yet the crash of 1998 also provided Russia a positive stimulus. “As it turned out,” said Anton Danilov-Danilian, who headed the economics department of the presidential administration at the time of the crash, “the economy started to develop only after the exchange rate was radically lowered and our industry immediately got an advantage over importers.”

A rise in oil prices from 1999 onwards aided the recovery, but it was not only luck, said Chris Weafer, a strategist at Uralsib investment bank in Moscow.
“There is a parallel with the Irish story in that there was only one solution. Ireland recognises the only thing it can do now is to hang on to low tax rates. In Russia the government understood it had to force repairs in the oil industry, stop transfer pricing and reverse the decline in production.” — Tom Parfitt, Moscow

Brazil
April 2009 was a good month for Brazil’s über-popular president, Luiz Inacio Lula da Silva. At the G20 summit in London, he was greeted by his North American counterpart Barack Obama with a bear hug and a new nickname: “The man.”

Then-president Lula announced that his country would lend some $10-billion to the IMF, a further signal, he said, of Brazil’s growing importance on the world stage.

It was a dramatic turnaround for Brazil. In November 1998 the country had been forced to accept a $41,5-billion rescue package from the IMF, after economic crises in Asia and Russia made tatters of Brazil’s economy and sent foreign investors ­running for cover.

Raphael Martello, an economist from the Sao Paulo consultancy Tendencias, said few could have foreseen Brazil’s capacity to “turn the tables” so quickly. “We have gone from debtor to creditor. Today we are loaning to the IMF. Back then nobody would have predicted this,” he said.

Brazil’s ascent to booming Bric (Brazil, Russia, India and China) power is the story of a decade-long commitment to orthodox economic policy, a growing commodities boom and, more recently, massive government investment that helped pull the country through the latest global slump.

Moves to allow Brazil’s currency, the real, to float against the dollar in 1999, had been crucial to recovery, Martello said. “This was key for all of the benefits that came after,” he said. “We would have needed much more help if we had kept the fixed exchange rate.”

It was not all plain sailing, though. On the eve of Lula’s 2002 election markets began fretting once again over Brazil’s commitment to austerity rules. There were fears there could be a very strong rupture in economic policy or even a default on the IMF debt, Martello said. “But when Lula put his economic team in place, he began gaining trust and pushing away these fears.” — Tom Phillips, Belo Horizonte

Argentina
In the past seven years Argentina has enjoyed its longest economic bonanza since the end of World War II. This is doubly startling because it followed an economic crash in 2001-2002, which called into question the economic survival of the nation.

By the end of 2001 Argentina had descended into a dark economic hole that many observers believed it would take decades to crawl back from.

The country had defaulted on its vast foreign debt, the national currency was devalued from one peso to the dollar to four practically overnight and banks had closed their doors to the public, impounding the life savings of almost the entire middle class.

Giant barter centres where no cash or credit changed hands sprouted up overnight, with home-baked cakes or second-hand clothes exchanged for basic services such as haircuts or medical consultations. Close to half the population fell below the poverty line as a series of five presidents replaced one another in rapid succession.

Yet seven years later Argentina’s economy is flourishing. A new entrepreneurial spirit has made it competitive in vibrant areas such as software, design and scientific research, all buoyed by soy exports to new markets such as China.

Argentina emerged from its economic wreckage by flaunting IMF guidelines. Former president Nestor Kirchner, who won the 2003 elections, was able to pay off the country’s debt to the IMF in a bold move that allowed him to apply his own brand of growth, fuelled by spending, without abiding by IMF constraints at all.

But Argentina has still paid a heavy price for its descent into economic chaos. Although poverty indices have improved, the gap between rich and poor has grown, corruption is still rife and inflation is a dark menace on an otherwise bright horizon. — Uki Goni, Buenos Aires

Iceland
When the global financial system went into meltdown in October 2008, Iceland’s three biggest banks — Kaupthing, Landsbanki and Glitnir — were 12 times bigger than the country’s economy.

Their fortunes were dangerously linked because each had lent vast amounts of cash to purchase shares in the other banks. In most cases the only collateral for those loans were the shares themselves. When one bank failed, a large share of the collateral held by the others became worthless.

In 2008 the banks started to run out of cash and Glitnir was forced to turn to the Central Bank for a loan. It refused and instead took a 75% stake in Glitnir, prompting a domino effect on the other banks.

Emergency laws were passed, the Icelandic krona plummeted and by the end of 2008 national debt had hit 240% of gross domestic product. Iceland was forced to go to the IMF, which provided a $2,1-billion loan to be repaid in instalments.

The IMF programme has now been revised three times and is due to end late this year. Iceland’s recovery is slow but gradual. Capital controls have been put in place to back up the currency, which has strengthened by 11,5% this year. After three years of economic decline, growth of 2% is forecast for next year.

The process has not been painless, however. The IMF programme has required massive budget cuts, which equalled 7,5% of GDP in 2009-2011.
Tax hikes have hit the pockets of Icelanders and public services. — Thordur Snaer Juliusson, Reykjavik, — Guardian News & Media 2010