Investors wake up to Africa 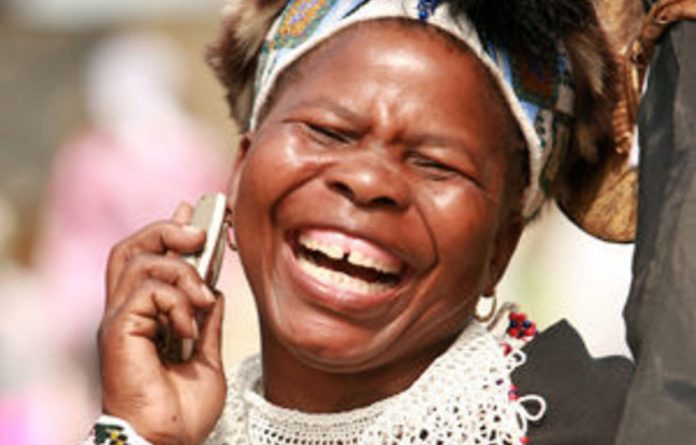 Walmart’s entry into Africa through the purchase of a majority stake in Massmart reflects a significant change in the attitude of global investors to the continent. African nations are being recognised as consumers — modest consumers in the global context, but consumers nonetheless.

As World Cup and vuvuzela euphoria gripped the globe in mid-2010, investment bank Goldman Sachs released a report on the potential of the continent. It compared Africa’s potential growth with those of the Bric nations — Brazil, Russia, India and China — and the Next 11 (N-11), the most populous emerging countries after the Brics.

While not outstripping the performance of the Bric countries individually, the top 11 countries in Africa — both in population and GDP — could together become larger than both Brazil and Russia by 2050, the report found.

They are the Democratic Republic of Congo, Egypt, Ethiopia, Kenya, Morocco, Nigeria, South Africa, Sudan, Tanzania, Uganda and Zimbabwe.
It noted that the rise of the African middle classes had already caused a shift in patterns of spending on consumer goods.

Mobile phones, arguably an unlikely candidate for mass consumption in Africa, had grown astronomically, with the number of subscribers rising 20-fold between 2000 and 2008.

The rise of the African 11’s middle classes was not to be sniffed at either. They could grow to 400-million by 2050, equalling that of China, according to Goldman Sachs.

And while growth of the middle classes in countries such as China and most of the N-11 is set to slow, Africa’s middle classes were likely to continue swelling until 2050, according to the report.

“In 2000, roughly 59-million households on the continent had $5 000 or more in income [annually], above which they start spending half of it on non-food items. By 2014, the number of such households could reach 106- million,” the report said.

It pointed out that Africa already had more middle-class households than India, and that they were likely to spark cycles of increased domestic growth.

McKinsey also noted the effect of growing urbanisation. In many countries, as workers moved from agricultural to city jobs, this was increasing their productivity and prompting infrastructure development to cater for millions of new urban arrivals.

The report said that by 2030 Africa’s top 18 cities would have a combined spending power of $1,3-trillion — a startling figure considering that a few decades ago only 28% of the continent’s entire population lived in cities.

According to Margot Brandenburg, an associate director at the Rockefeller Foundation, this implied investing with the purpose of generating social or environmental good in addition to profit.

“Impact investing is born of the same idea to incorporate social and environmental considerations into investment decisions, but focuses on investment into businesses and funds that intentionally or proactively create social or environmental benefits,” said Brandenburg in a report.

The Global Impact Investment Network (GINN) was set up in late 2009 to disseminate best practices, support research and develop infrastructure tools — such as common performance reporting standards that would enhance the effectiveness of impact investments and attract new participants, according to Brandenburg.

Africa is already the recipient of successful impact investments. One cited by Brandenburg is Bridge International Academies, which operates a franchise-like network of ultra low- cost, for-profit private schools, delivering high-quality education. The network has been very successful in Kenya.

Investments
With a $1,8-million investment from the Omidyar Network, a philanthropic investment firm established by eBay founder Pierre Omidyar, the organisation will be expanded to 1 800 schools in sub-Saharan Africa by 2015.

Another is the Alliance for a Green Revolution in Africa (Agra) and the International Fund for Agricultural Development, which each provided $2,5-million in loan guarantees to leverage $50-million from Equity Bank. The money was then used to support investments in smallholder agriculture.

According to Brandenburg, by May last year the programme had lent more than 679-million Kenyan shillings ($9,8 million) to about 20 400 beneficiaries, including more than 19 000 small farmers.

South Africa’s Standard Bank has put $100-million into the project, making it one of the few South-South impact investments. Brandenburg said that the concept of impact investments had gained ground despite the recession. “Surprisingly, the economic downturn in traditional investing markets has not discouraged interest in impact investing,” she said.

“After the markets crashed in 2008, investors around the globe re-evaluated their investment activities and profit expectations, and many looked to investment models that provided value beyond financial returns.”

She said that impact-focused organisations such as foundations were looking at reduced endowments and grant-making budgets. “In order to do more good with less money, many of these foundations began to explore impact investments that preserve capital while complementing grantmaking.”

Brandenburg said that the risk profile of impact investments was similar to those of other venture capital or high-yield debt investments. But they could carry higher “reputational risks, since they finance businesses whose clients are the global poor”.