Obama can expect a showdown 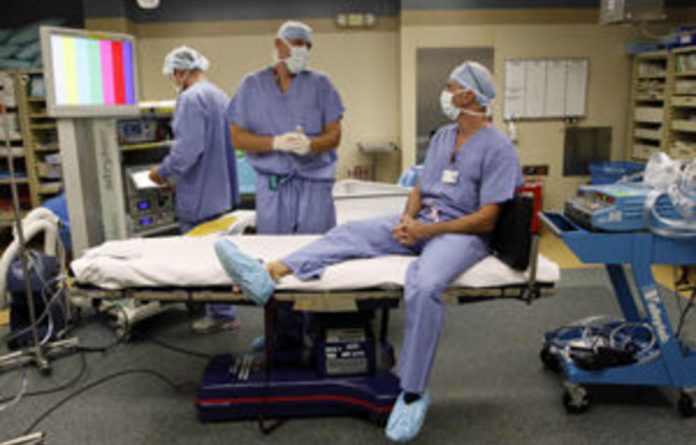 The Republican party is to use the new Congress, which started this week, to mount a guerrilla campaign aimed at destroying Barack Obama’s healthcare reforms, slashing the federal budget and preparing the ground for his defeat in the 2012 White House race.

When the Senate and House convened on Thursday, both were awash with Republican members elected in November’s crushing victories over the Democrats, many of them backed by the Tea Party movement.

In a political shift comparable to the Republican takeover of Congress in 1995 and the Democrats in 2007, the Republicans have a strong platform to harry Obama, having won control of the House and reduced the Democratic majority in the Senate.

The handover of power in the House took place after a bipartisan prayer service at St Peter’s Catholic church. Members voted in the House for a new Speaker, and Nancy Pelosi, the first woman to hold that post, passed the gavel to the Republican leader, John Boehner.

Pelosi and her Democratic colleagues met behind closed doors in Washington to discuss strategy for coping with the shift in power and how to protect the gains they have made over the past two years.

In a foretaste of what is to come, the godfather of the Tea Party, Senator Jim DeMint, said in an interview with the conservative magazine Human Events that Republicans should prepare for a “showdown” with Obama over spending.

DeMint, who helped channel funds to Tea Party candidates during the elections, is a natural leader of the newly elected Tea Party senators and other conservatives.

The Republicans, in a nod to the Tea Party, are to make their first major piece of business a symbolic reading in the House of the US constitution on Thursday, their touchstone in the months ahead.

Restrictions
Tea Party activists argue the federal government, especially under Obama, has taken on too many powers and Washington should be restricted to what was laid out in the constitution.

Although Obama finished last year on a high, securing passage of legislation ending a ban on gay men and women serving openly in the military and ratification of a United States-Russian nuclear arms reduction treaty, as well as a messy compromise on taxation, he is set for a series of bruising clashes with the new Congress.

The Republicans are planning within the next week to introduce a Bill to repeal the healthcare reform he signed into law last year and which is intended to bring millions of poor under the health insurance umbrella for the first time.

The vote for repeal is largely symbolic, as Obama will be able to use his presidential veto to block it, even in the unlikely event of it managing to get through the Senate. But the Republicans intend to follow up by dismantling bit-by-bit the legislation, which is also under assault in the courts.

Fred Upton, the Republican who will become chairperson of the House energy and commerce committee, told Fox News: “We’re going to go after this Bill piece by piece … We will look at these individual pieces to see if we can’t have the thing crumble.”

Potentially just as brutal is a looming battle over lifting the ceiling on federal borrowing from $14.3-trillion. The deadline is March 4 and Obama’s economics adviser, Austan Goolsbee, warned that failure to raise the limit would be “catastrophic”, not only for the US but the global financial structure.

Some Republicans say they will not agree to raising the ceiling while others say they are prepared to but only in return for huge spending cuts. Areas being targeted are educational grants for the poor and foreign aid.

Other measures being considered include a ban on hiring federal employees other than those involved with security and cancellation of all money not yet used under Obama’s economic stimulus plan.

With control of House committees, the Republicans can tie up the White House and the rest of the federal government with an endless series of subpoenas demanding the presence of politicians and officials on the Hill to give evidence to inquiries.

Obama’s hopes of further legislative gains in areas such as immigration reform and closure of the Guantanamo Bay detention centres appear to be increasingly remote. — Guardian News & Media 2011