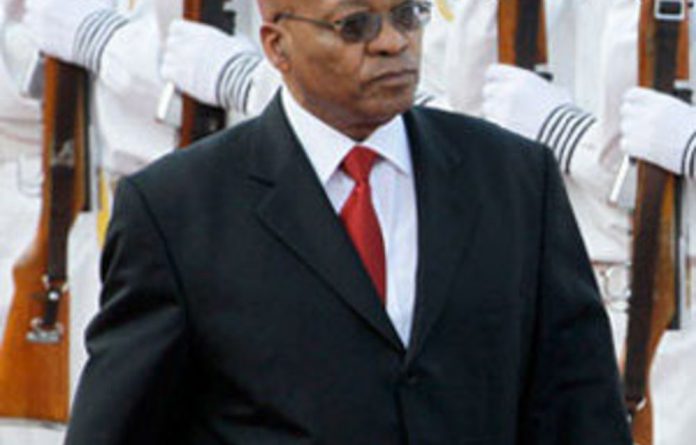 For this election year the ANC planned to show itself to be a party which cared about people, not money, and that valued relationships for their own sake, and not just for financial benefit.

This was the image the ruling party sought to project on Friday night at a gala dinner ahead of the party’s celebration rally of its 99th birthday on Saturday. The dinner, organised by the Progressive Business Forum — the party’s business wing — was a glamorous affair held in a white marquee outside the Peter Mokaba Stadium in Polokwane. For the first time the party did not require delegates to pay for their seats.

‘Thank you’
ANC treasurer-general Mathews Phosa explained to the 1 000-strong audience that the ANC “wants to say thank you” to business people, rather than just taking money from them.

“We resisted the temptation to ask for money from your good selves,” he said.

He did however joke there was “no free lunch or dinner”, implying the ANC might approach them to fund the municipal elections, due to take place in the first half of 2011.

Following on from Limpopo premier Cassel Mathale’s reference to President Jacob Zuma as the “people’s president”, Phosa called the event a “people’s dinner”.

Public enterprises minister Malusi Gigaba, who acted as master of ceremonies, announced the beer and wine, sponsored by La Motte, would be free, while patrons needed to pay for their hard liquor.

However with dishes such as boerewors glazed with Jack Daniels, this seemed to do away with the need to splash out on whisky. At previous dinners, tables had been stacked with bottles of whisky.

Entertainment by Afrikaans band Die Broers clearly met with the crowd’s approval, with ANC secretary general Gwede Mantashe dancing at his table while Zuma’s wives and fiancée merrily clapped to the tune of Huistoe, a song about returning to South Africa after emigrating.

The wives in attendance were seated at the same table as Bokang Montjane, Miss South Africa, while Zuma sat at the main table flanked by mining tycoon Patrice Motsepe. At an another table Deputy President Kgalema Motlanthe entertained a large group of Chinese businessmen.

Côte d’Ivoire crisis
Both Zuma and Phosa referred to the political crisis in Côte d’Ivoire.

“The voters had decided who [is the winner of the elections] but the politicians are still arguing about it,” said Phosa.

Zuma referred to how amazed other African leaders were at South Africa’s ability to hand over power to different presidents without bloodshed.

This was at odds with the stance of the South African government, who annoyed international observers by its refusal to condemn Laurent Gbagbo, who is clinging to power and may have to removed by force.