Seen is believing in the art world 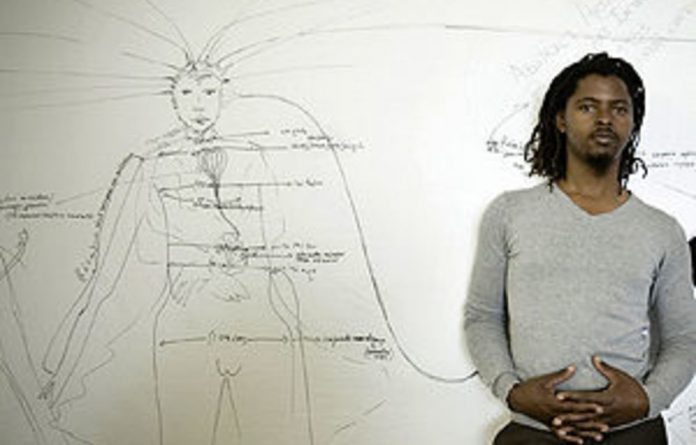 “To be taken seriously in the art world you have to live in at least two cities at one time,” a friend told me, half jokingly, ahead of her imminent relocation to Cape Town.

A Serbian curator and artist who has lived in Beijing for some time, said she found it peculiar that so few South African artists have more than one address.

There is an unsaid and endemic assumption in the art scenes that cluster around the global art centres of America and Europe that regular international travel is a prerequisite for artistic credibility and success.

In South Africa travel in the name of artists’ residencies, exhibitions and art fairs is taken as a sign of success. Paradoxically, you’ve only arrived once you’ve left.

By this standard, 2010 was a good year for young South African artists. Nandipha Mntambo and Conrad Botes participated in the 17th Biennale in Sydney in 2010, alongside the likes of Louise Bourgeois, Cao Fei and Steve McQueen, and their senior South African counterparts, Penny Siopis and Roger Ballen.

Nicholas Hlobo
One of last year’s most talked about achievers was Nicholas Hlobo, named the Rolex Visual Art Protégé for 2010-2011 in the company’s illustrious annual arts mentorship programme, an accolade that allows him to work for a year under the guidance of the critically acclaimed British artist Anish Kapoor.

Soon afterwards he was short listed for the prestigious international Future Generation Art Prize and will hold a solo exhibition in Oslo later this year.

After Hlobo was awarded the Standard Bank Young Artist Award for Visual Art in mid-2008, the artist told me that he hoped the award would enable him to become an “ambassador” for South African art.

It may not have been the award that did it but Hlobo is, in some sense, an ambassador. In what he terms a “highly Anglicised” art world, he offers a view of South African art that breaks with aesthetic stereo­types about Africa.

However, he sees his work as rooted in South Africa because of the close connection between the themes he works with and the isiXhosa language and culture.

“Language has become my identity as a South African. South Africa is culturally very diverse and you cannot be too general when you talk about it,” he said. “You have to find a focal point and my ethnic background became my focal point. That’s where my plot begins.”

While these are worthy accomplishments, one can’t help but notice that all the artists listed above, bar Ballen, are represented by the Cape Town-based dealer and gallerist Michael Stevenson. There is a widely and devoutly held view among young artists that careers are made and broken by one’s visibility or invisibility for Stevenson.

Certainly he is good at recruiting and shaping young talent and has a powerful international network. But he is better than any other local commercial gallerist at promoting the international accomplishments of his artists. That’s just good business. But it should not be mistaken for an exhaustive indication of which artists are building an international profile.

Well deserved
Bronwyn Lace and Marcus Neustetter, neither of them tethered to a single gallery or dealer, spent the beginning of 2010 in New York City on a residency awarded by the Ampersand Foundation.

Soon afterwards Lace found herself in Spain and the Canary Islands, cocurating the exhibition Reflex/Reflexion, which runs at the Johannesburg Art Gallery until January 25.

James Webb, also without a gallery, spent more of last year away from his Cape Town apartment than in it, with exhibitions and projects in the United Kingdom, Denmark, Norway, Jordan, France, Italy and Germany.

“The new map is not one of geography, it’s one of networks,” Webb quipped in a recent conversation about the apparent globalisation of the art world.

For some deserving artists, global mobility is still far more difficult than for others. Burundian-born Serge Alain Nitegeka, a young artist living in Johannesburg, was chosen to participate in the 2010 Dakar Biennale, but was denied a visa to travel to Senegal to install his work.

It is hard to escape the reality that ease of mobility follows the distribution of economic and political power.

“I would like to believe that the art world is polycentric, but I don’t really think it’s the case,” said Webb. “We all really tend to invest our attention where the money and the media is. It is difficult to be truly independent.”