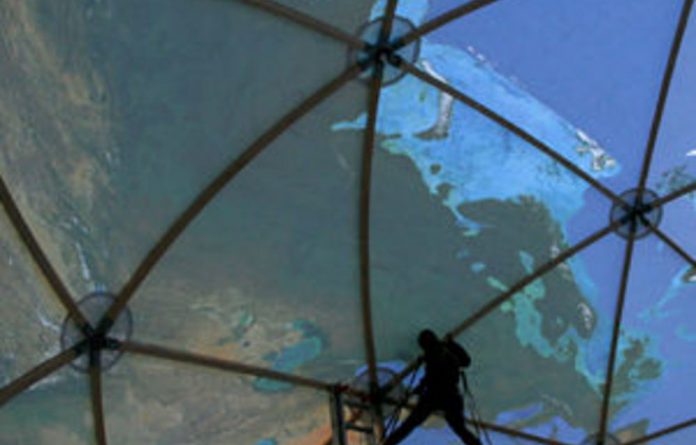 Last year the World Cup came to South Africa and at the end of this year it will be the United Nations climate caravan that sets up camp in Durban.

Most South Africans aren’t exactly cleaning the party chairs and blowing up balloons.

Yet COP17, the 17th conference of the United Nations Framework Convention on Climate Change, the UN’s annual climate change negotiations, is both a mark of South Africa’s growing diplomatic status and another opportunity to shine on the world stage.

Unlike the World Cup final, the impact of which was confined to a particular time and place, the climate talks could shape the future of our world decisively. They are likely to set the framework of the economy of the next generation, determine the way we live and consume, and put an indelible stamp on future social infrastructure.

Past negotiations, particularly the much-hyped round in Copenhagen, have failed to deliver on the mandate to green the future and save the planet. But the unexpected progress in the closing round of negotiations in Cancún, Mexico, last year has raised expectations. Durban could provide the magic the world needs.

With the “Hopenhagen” disaster still fresh in the memory, South Africa’s negotiating team is cautious about talking up the Durban jamboree. “The world will get the outcome in Durban it is ready for,” South Africa’s savvy lead negotiator, Alf Wills, ventured.

The South Africans are not even willing to engage on the possibility of a “Durban protocol”, similar to the controversial Kyoto agreement. But deep down, everyone wants the South African gathering to yield a treaty that will cap the carbon emissions of nations, halt climate change and keep temperature rise below two Degrees Celsius, as demanded by science.

South Africa itself is on a heavy carbon diet. Almost 90% of the country’s energy needs are provided by coal, of which it has seemingly endless deposits. Although the country has agreed to cut coal use at previous climate meetings, a tough road lies ahead, with more investment in green energy and renewable resources.

When the world arrives in Durban in December, the Medupi coal power station will be near completion and the foundations of the Kusile station may have been laid. Among the Durban delegates will be critics of the World Bank loan to make Medupi happen and the spotlight is sure to shine on South Africa’s reliance on coal.

The host nation will come under further scrutiny as NGOs take media delegations on sponsored trips to projects and sites related to the talks.

Organisations such as Greenpeace are not afraid to stage dramatic stunts to embarrass environmental offenders, including scaling a Polish coal-powered station in 2008 to highlight Poland’s reliance on dirty energy.

The challenge for the South Africans will be to turn the spotlight away from its current reliance on coal to its plans to become a leader in green energy.

Joanne Yawitch, one of South Africa’s main negotiators, told the Mail & Guardian that the key is to build relationships before the conference to engage civil society.

In Copenhagen civil society was enraged at being locked out of the talks because of a lack of space and violent protests erupted outside the conference centre. The pictures of police beating climate activists did not boost Denmark’s reputation as a tolerant state.

The activists will be in Durban once again and Yawitch’s suggestion is that they should be incorporated as far as possible as allies and participants. Make no mistake, the pressure on South Africa to create an atmosphere conducive to a deal will be huge.

Hosting the climate change talks is an enormous honour but also a huge responsibility. This time round the future of the world is at stake.