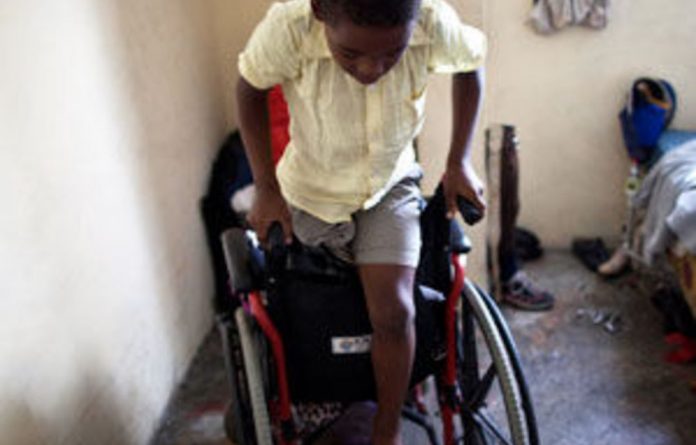 Haiti on Tuesday began two days of remembrance ceremonies in honour of the nearly quarter-of-a-million people who died in an earthquake that levelled the impoverished country a year ago.

Government officials started by paying respects at a mass grave outside the capital, Port-au-Prince, where some of the more than 220 000 victims of the January 12 2010 quake lie. Ceremonies were to climax with a moment of silence on Wednesday at 4:53 pm local time, the exact moment the quake struck.

The anniversary finds Haiti barely healed from the trauma inflicted 12 months ago.

The economy and infrastructure are crippled, a cholera outbreak is still active and more than 800 000 people live in squalid tent camps, according to a new official count.

The national mourning also comes against a backdrop of political instability over the holding of a run-off round in the elections to replace outgoing President Rene Preval.

Preval and the feuding presidential candidates — at least for the commemorations — are expected to bury the hatchet and join the nation’s 10-million people in their grief.

Minute of silence
Former United States president Bill Clinton, one of the main figures coordinating a massive international aid effort for Haiti, was arriving on Tuesday to join ceremonies and post-quake clean-up efforts.

Other events over the course of the day included the symbolic laying of the first stone in a housing project in the centre of Port-au-Prince, where tens of thousands of people who lost their homes remain in tent camps.

The main event scheduled is an open-air Catholic Mass early on Wednesday by the ruins of the Port-au-Prince cathedral, which collapsed during the earthquake and, like most of the ruins from that day, has not been cleared away.

Then at 4:53pm local time, Haitians are to observe a minute of silence and release white balloons.

Once the ceremonies are over, Haiti will once again have to return to the mountain of tasks confronting the western hemisphere’s poorest country.

That includes clearing rubble, moving people out of tents and back into houses, halting widespread environmental degradation, and rebuilding an education system that currently provides schooling to less than half of all children.

One of the immediate concerns is a cholera outbreak that has so far claimed 3 651 lives and sickened thousands more. The World Health Organisation said on Tuesday that the “peak has not been reached”, although the death rate was slowing.

Another pressing issue will be to end the presidential election stalemate preventing a transition from Preval to a new government.

A diplomatic source said on Monday that international monitors from the Organisation of American States (OAS) want the ruling party candidate to drop out because of voting irregularities.

If the Preval-backed candidate, Jude Celestin, is pressured to quit the run-off vote, Haitians could face a renewal of rioting that claimed five lives after last month’s announcement of preliminary results.

Little option
But the diplomatic source, who asked not to be identified, said Preval would have little option but to cave in.

“It will be very difficult for Preval to ignore this recommendation,” said the diplomatic source.

The first round of voting in Haiti on November 28 produced no clear winner. Celestin was awarded second place, narrowly ahead of the third-placed candidate, a popular singer called Michel Martelly.

With Martelly claiming fraud, a planned January 16 run-off vote against first-place candidate Mirlande Manigat, a former first lady, has had to be delayed — probably until February.

According to the diplomatic source, the OAS — which was called in to rule on the dispute — will recommend that Martelly, not Celestin, now meet Manigat in the decisive round of voting.

Preval declined to comment on the report on Monday. — AFP